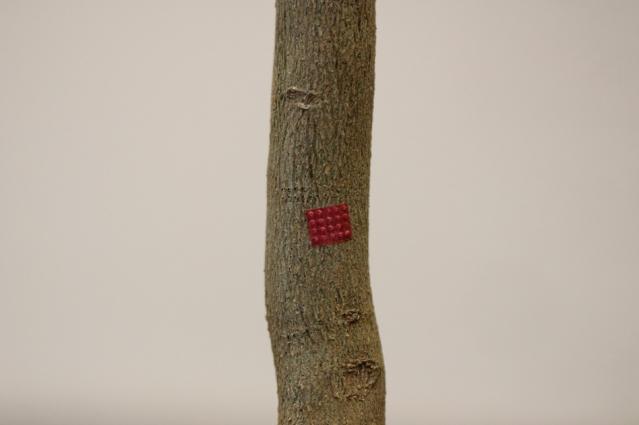 The new system uses silk-based biomaterials to fabricate a microneedle-like device, which can inject nutrients, antibiotics or other pesticides into plants’ circulatory systems, according to a study describing the system, published this month in the journal Advanced Science.

Researchers say the device could be used to start delivering “life-saving treatments” to orange, olive and banana crops under threat by diseases that affect their circulatory systems.

“We wanted to solve the technical problem of how you can have a precise access to the plant vasculature,” graduate student Yunteng Cao, who led the development of the microneedle technology as part of his thesis project, said in a press release.

When pesticides are “simply sprayed” on the plant’s leaves or stems, the pesticides barely penetrate to circulatory system if at all, MIT professor and researcher Benedetto Marelli said.

The “conventional treatment” may seem to work for a short while, he said, but then bacteria comes back to damage the plant since it’s hard for the antibacterial compound to reach the roots. The new method could target the circulatory system to push the compound down into the roots.

Though needles have already been used to inject pesticides into plants, they have been “very large and very invasive,” Cao said, which damages the plant.

The idea of using microneedles as a substitute was based on previous work that developed microneedles from silk-based materials to inject vaccines in humans.

To adapt the microneedles for plants, researchers said that they had to increase silk’s hydrophilicity to make the silk attract water since plants have far less available water for the material to dissolve.

Researchers used tomato and tobacco plants for testing, but said the system could be adapted for use with almost any crop.