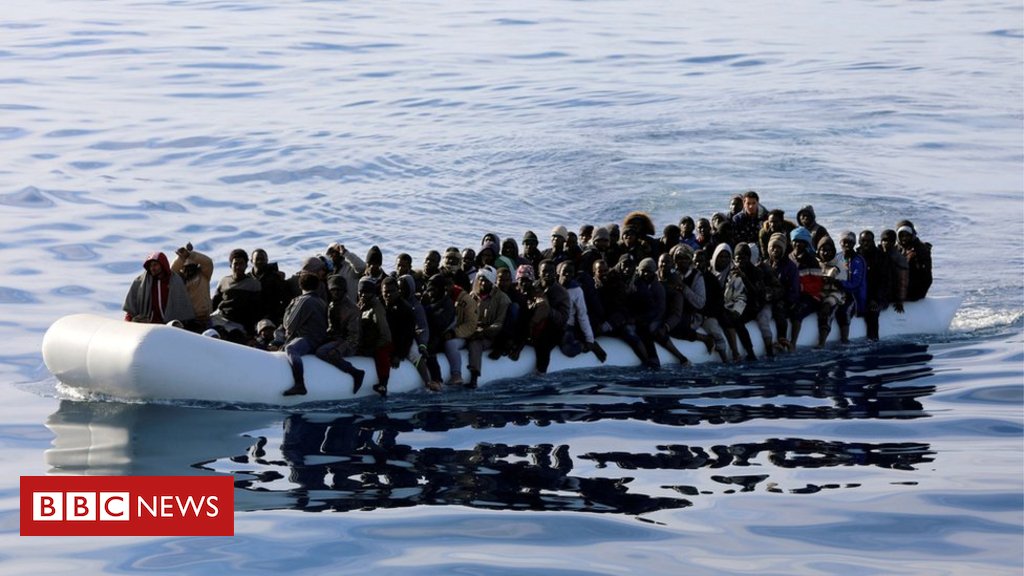 More than 100 migrants died in a shipwreck off the Libyan coastline earlier this month, an aid agency says.

According to Medecins Sans Frontieres (MSF) two rubber boats set off on 1 September, but one of the vessels deflated and sank.

The 276 survivors were eventually taken to the Libyan port city of Khoms, around 100 km (62 miles) to the south-east of the capital Tripoli.

MSF says the group is now being held in “arbitrary detention”.

The survivors, including pregnant women, children and infants, have been treated by MSF for pneumonia or burns from leaked fuel.

Over 1,500 migrants have died while attempting to cross the Mediterranean so far this year, according to the International Organization for Migration (IOM).

Many more have been rescued, although Italy, a primary destination for migrants travelling from Libya, has recently started to refuse entry to migrant ships.

Concerns remain for those who are returned to Libya by the country’s Coast Guard, with reports emerging late last year of sub-Saharan African migrants being kidnapped for ransom or sold as slaves in the northern African country.

Libya remains unstable since the overthrow of long-term leader Muammar Gaddafi in 2011.

Hundreds of migrants held in detention had to be moved after deadly clashes broke out in the Tripoli in late August, while gunmen also attacked the National Oil Corporation on 10 September.