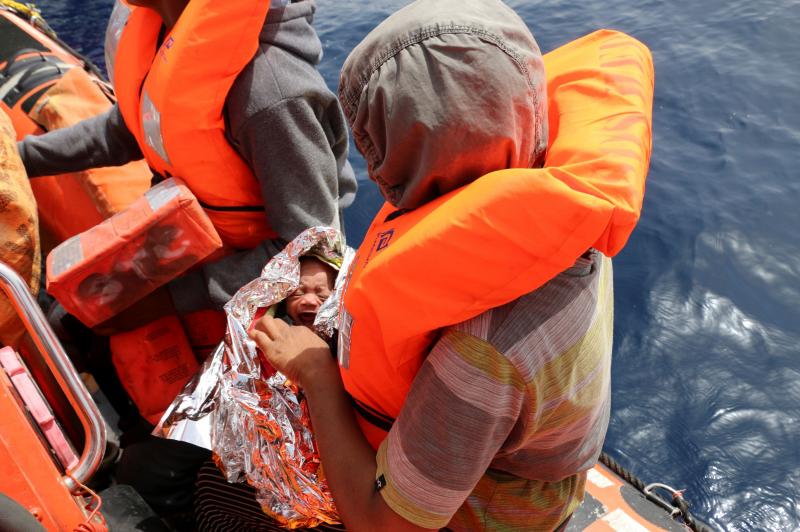 July 25 (UPI) — At least 150 migrants died when two boats sank off the coast of Libya Thursday, the worst disaster in the Mediterranean Sea this year, the U.N. Refugee Agency reported.

The boats were carrying about 300 people when they sank about 80 miles east of Tripoli, UNHCR spokesman Charlie Yaxley said. Some were rescued by local fishermen and, later, the Libyan coastguard.

More than 600 people have died trying to cross the Mediterranean Sea this year,” Yaxley said.

“If current trends continue, we are likely to see more than a thousand people lose their life on the Mediterranean for the sixth year in a row, which is a bleak milestone for us to be reaching,” Yaxley said.

He calls for a major shift in approach to the Mediterranean situation.

“Urgent action is needed to save lives at sea and prevent people from getting on these boats in the first place by offering safe, legal alternatives,” Yaxley said.

“Instead of conducting European search and rescue in the Mediterranean, the EU has pulled its forces out,” Sunderland said. “Instead of supporting non-governmental rescue operations, EU countries have thrown every obstacle in their way. Instead of taking responsibility themselves, EU countries have been propping up the Libyan coastguard without the resources or dedication to save lives at sea.”

Migrants come from across Africa to Libya to make the journey across the Mediterranean Sea, often exploited by human traffickers on unsafe ships. Many of the migrants who were rescued will “now face an uncertain fate as they are returned to detention in Libya, where violence in Tripoli in recent months has made the situation increasingly desperate and dangerous,” UNICEF Executive Director Henrietta Fore said.

She called for Libya to increase search and rescue efforts while ending arbitrary detention and ensuring refugees and migrants in Libya have pathways out of detention centers.

“Without urgent action, we will continue to see children lose their lives making these journeys,” Fore said.