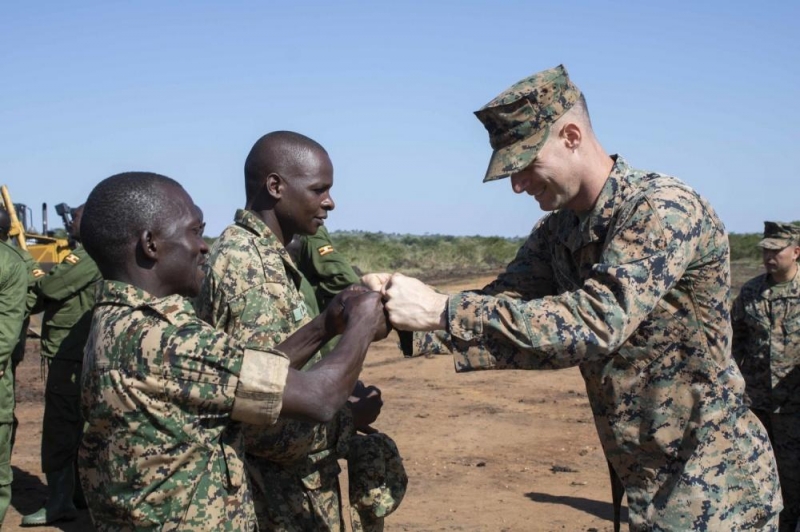 Sept. 17 (UPI) — American and Ugandan military leaders held a virtual ceremony this week marking the end of a U.S. Marine engagement with Uganda as part of that nation’s six-year participation in the African Peacekeeping Rapid Response Partnership.

While the overall APRRP effort is not ending, the event marked the end of a current U.S. Marine Corps engagement in Uganda. The State Department is currently working to program new funds for the next stage of work there, officials told UPI.

The APRRP, implemented by the Department of Defense, is run by the U.S. State Department’s Office of Global Programs and Initiatives. The program, established in 2015, has six partner countries — Ethiopia, Ghana, Rwanda, Senegal, Tanzania and Uganda.

Neary thanked Omola for Uganda’s contributions to regional security and its partnership with the U.S. Marines.

“What we have been doing together doesn’t happen by accident and the relationships we’ve built over the years have been critical,” Maj. Gen. Neary said.

“The [Uganda Peoples’ Defense Forces] have done more than their fair share to keep peace in the region and for that I personally thank you and your families for your commitment and sacrifice for peace. We have reached a new chapter during this transition, but we will be looking for opportunities with common objectives in the future.”

In February, U.S. Africa Command announced that it was shifting its strategy to focus on containing al-Qaida and Islamic State affiliates and other militant groups.

In Thursday’s announcement the Department of Defense said both the United States and Uganda share a commitment to supporting peacekeeping operations in the region.