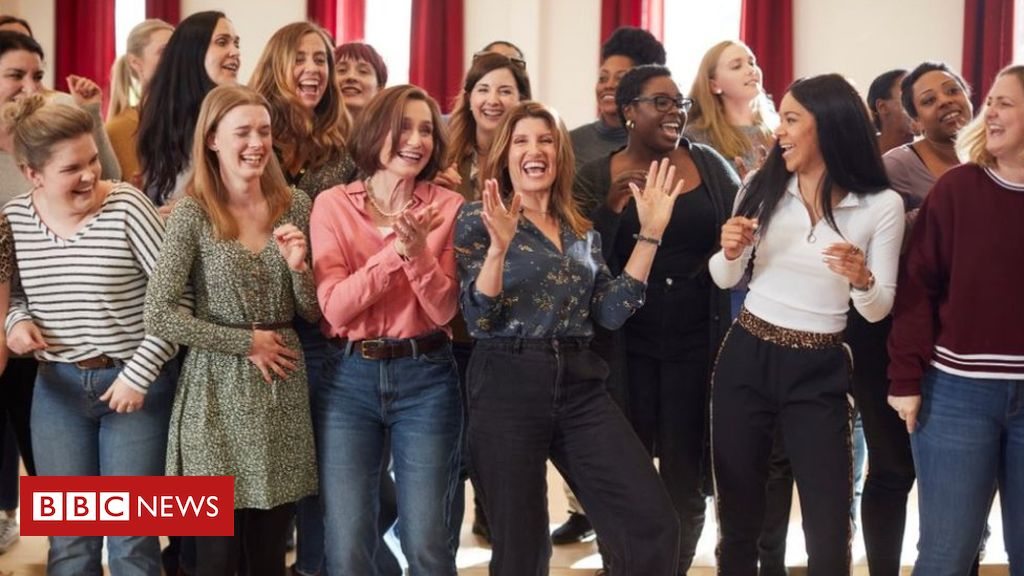 When Gareth Malone created his Military Wives choir, the effects were to prove far more enduring and profound than the resulting flurry of fame.

The ensemble was formed in 2011 as part of BBC Two’s The Choir series, led by Malone.

The documentary followed their transformation from an anonymous group of military wives into harmonious chart-toppers performing for the Queen.

As well as showing the therapeutic value of communal singing, Malone’s efforts gave an insight into the life of the military wife – not least, the months of loneliness and the need to keep “a stiff upper lip”, despite being wracked with worry when their partners were away.

These are women who are hardly seen, let alone heard, but Malone gave them a public face – and voice.

Malone’s choir of wives from the Chivenor military base in Devon – joined later by those at Plymouth – was not, in fact, the first. That credit goes to the women of Catterick Garrison in North Yorkshire, who were established under their own steam. They sparked an idea in Malone which grew into the TV documentary.

And now the story is hitting the big screen in a new film starring Catastrophe’s Sharon Horgan and film and theatre star Dame Kristen Scott Thomas.

Though not heavily involved in the production, directed by The Fully Monty’s Peter Cattaneo, Malone did act as story consultant.

The film is loosely inspired by the Catterick story with elements of Malone’s original choir thrown in.

Cattaneo says he wanted to “explore a way of life that has rarely been seen on the big screen, as well as make a film with music and singing at its core”.

“As I started meeting real military wives, rich themes soon showed themselves: a fragmented group of people finding unity and camaraderie through song: women who are expected to ‘keep quiet and carry on’ finding their voices,” he adds.

When the Catastrophe actress first read the script, she cried.

“It moved me but it also makes you feel good,” she says of the movie that features 80s pop tracks from the likes of Tears For Fears, Cyndi Lauper, Yazoo and Human League.

“It’s great to watch these women come together and see a good thing happen despite the really difficult situation they’re in,” Horgan says.

“And a film that has a female cast that isn’t about love or broken hearts but something bigger felt very of the now. Women coming together to help each other is kind of what we have to do at the moment because if we’re not careful, no-one else will.”

There’s also a social message about the value of community that can be extrapolated from the women’s group activity, says Horgan.

“Everyone’s becoming introverted in the way they are living. Life’s very hard and we all have a lot to deal with but if you look a little further beyond, it can become a really positive thing.”

Horgan’s character Lisa and Scott Thomas’s Kate have very different approaches to what constitutes morale-boosting activities for the women.

Lisa is the “let’s get smashed and eat junk food” type – “not far off what I normally play”, says Horgan.

Colonel’s wife Kate’s thoughts turn more to organised and challenging pursuits. And though she herself seems so controlled, in private Kate has acquired a compulsive shopping channel habit, as a means of tranquilising the grief over her dead son.

When a choir is finally suggested, they slowly develop an uneasy partnership as the idea grows, with a glorious outcome none of the women predicted.

During the course of filming, fiction met reality for the cast and crew.

They created many of the scenes at real garrisons, including Catterick, and spent time with the wives – some of whom were used as background characters.

“It was incredibly eye-opening,” says Horgan. “We were hanging out in their houses, with these mothers and wives and seeing this completely different perspective.

“But they weren’t moaning about it. They were optimistic, just ‘get it done’ kind of people.”

As for the singing, she says the actors adopted the same “organic” approach as the real military wives.

“The director didn’t want it to sound slick – although, there was no fear of that – but for it to come together over time. There was no practising or stress, just, ‘Let’s see what happens’.”

Critics gave their verdict following the movie’s premiere at the Toronto Film Festival.

“Think Calendar Girls with less nudity and more harmonising… Military Wives is a film that’s hard to entirely resist, like a song that you’ll hum along to even if you forget the tune straight after,” said The Guardian.

Indiewire added it made “the base feel like a purgatory without things getting too unpleasant”.

“What joy there is to be found in Military Wives comes less from self-discovery than friendship, as these women learn how much stronger they are together.”

But behind this piece of celluloid are real women. They, more than anyone, are entitled to a point of view.

For Sharon (surname withheld) from Chivenor, who was in Malone’s choir, the movie churned up challenging feelings.

“It took me back there and that knot in your stomach, watching your husband go away, even when there isn’t conflict, it’s tough. You just have to function, get on and deal with it,” she says.

But she also remembers how the choir “brought me friendship and a bond with people like me”.

“When they came to film they said ‘just enjoy the ride, don’t ask too many questions’. But I still find what went on to happen rather surreal. We had the responsibility of representing all military wives. But joining the choir has been the best thing I ever did.”

Jo from the Catterick military wives choir, known as the Wags (Wives, Affiliates, Girlfriends and Servicewomen), is “very, very proud” of the group’s legacy.

“It’s such a simple idea and yet it gives so much support in the week – to just drop everything and come and sing,” she says.

“Sometimes people slip through the net and sort of fall if there’s nobody there for them.

“But when we find a new lady, we say, ‘just come along and enjoy yourself’. They may think they can’t but then find the opposite.”

As for Horgan, she concludes that, having being given a window into the women’s lives, has “made me appreciate what I have”.

“It makes you think: there are people out there who are not given a moment’s thought or consideration, who really have it tough. I genuinely left feeling grateful for my life.”

Military Wives is released in UK cinemas on 6 March.