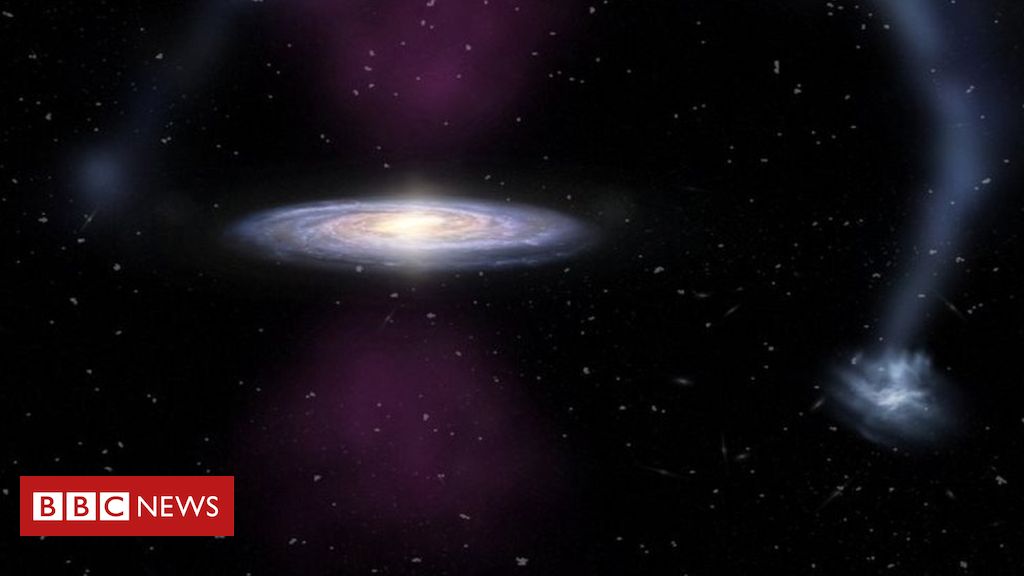 A cataclysmic energy flare ripped through our galaxy, the Milky Way, about 3.5 million years ago, a team of astronomers say.

They say the so-called Sifter flare started near the super massive black hole in the centre of the galaxy.

The discovery that the Milky Way’s centre was more dynamic than previously thought can lead to a complete reinterpretation of its evolution.

“These results dramatically change our understanding of the Milky Way,” says co-author Magma Guglielmo from the University of Sydney.

“We always thought about our Galaxy as an inactive galaxy, with a not so bright centre,” she added.

The flare created two enormous “ionisation cones” that sliced through the Milky Way.

The team – led by Professor Joss Bland-Hawthorn from Australia – used the data gathered by the Hubble Space Telescope to calculate when the massive explosion of high-energy radiation took place.

The findings will be published in the Astrophysical Journal.