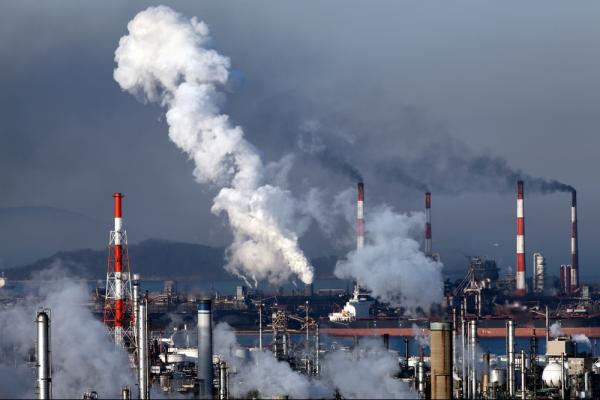 Scientists from Intermountain Healthcare in Utah, Brigham Young University and the University of Utah studied exposure to PM2.5, pollution-causing particles that measure about 3 percent of the diameter of a human hair. Their findings were published Friday in the American Journal of Respiratory and Critical Care Medicine, an American Thoracic Society journal.

The study involved 146,397 patients with acute lower respiratory infection in Utah between 1999 and 2016. The researchers said this is the largest study involving air pollution and children.

“The most important finding of this study is that infectious processes of respiratory disease may be influenced by particulate matter pollution at various levels,” lead author Dr. Benjamin Horne, director of cardiovascular and genetic epidemiology at the Intermountain Medical Center Heart Institute in Salt Lake City, said in a press release. “The exact biological implications of the study’s findings require further investigation.”

The most common acute lower respiratory infection in children is bronchiolitis, a condition in which small breathing tubes in the lungs called bronchioles become infected and clogged with mucus. Among those studied, 64 percent were diagnosed with bronchiolitis.

Researchers took PM2.5 levels from air-quality monitoring stations along the Wasatch Front, where about 80 percent of Utah’s population lives. They saw a link between short-term periods of PM2.5 elevation and increases in healthcare visits for ALRI.

Also, 50 percent to 90 percent of bronchiolitis cases are caused by respiratory syncytial virus, which is the most common cause of hospitalization in children 2 and younger.

“Overall, it took about two to three weeks for the ALRI hospitalizations or clinic visits to occur in this study after the rapid rise in PM2.5 had been observed,” Horne said.

The average daily PM2.5 level is lower in Utah than big cities such as Los Angeles and New York.

In the United States, nearly 60 percent of U.S. children live in counties with PM2.5 concentrations above air quality standards.

Levels considered to be unhealthy are greater than 35 micrograms per cubic meter and at times approaching 100.

“In many places that have higher average PM2.5, the PM2.5 level does not vary as much as it does on the Wasatch Front, so it is not clear how this study’s findings may transfer to those locales where the air pollution exposure is higher over the long term, but short-term spikes do not occur,” Horne said. “It may be, though, that long-term exposure to air pollution makes people more susceptible to ALRI on a routine basis, although additional studies will be required to test this hypothesis.”

Among those studied there were deaths 30 days after diagnosis with ALRI — 17 children from birth to age 2, nine children age 3 to 17 and 81 adults.

The breakdown of the emissions are 48 percent from motor vehicles, 39 percent from small industry and businesses as well as home heating and 3 percent from large manufacturing.

“The practical implications for prevention of ALRI and amelioration of symptoms include that when an acute increase in the level of PM2.5 occurs, people may be able to prevent infections or decrease ALRI symptom severity or duration by reducing their exposure to the air pollution,” Horne said. “Furthermore, a substantial elevation in PM2.5 may also serve as a nudge that reminds or alerts people to avoid areas and activities where other people may share an infection with them, to not touch their face with dirty hands, to be vigilant about washing their hands when reasonably possible or prudent, and to engage in other preventive behaviors that are known to reduce infection risk.”