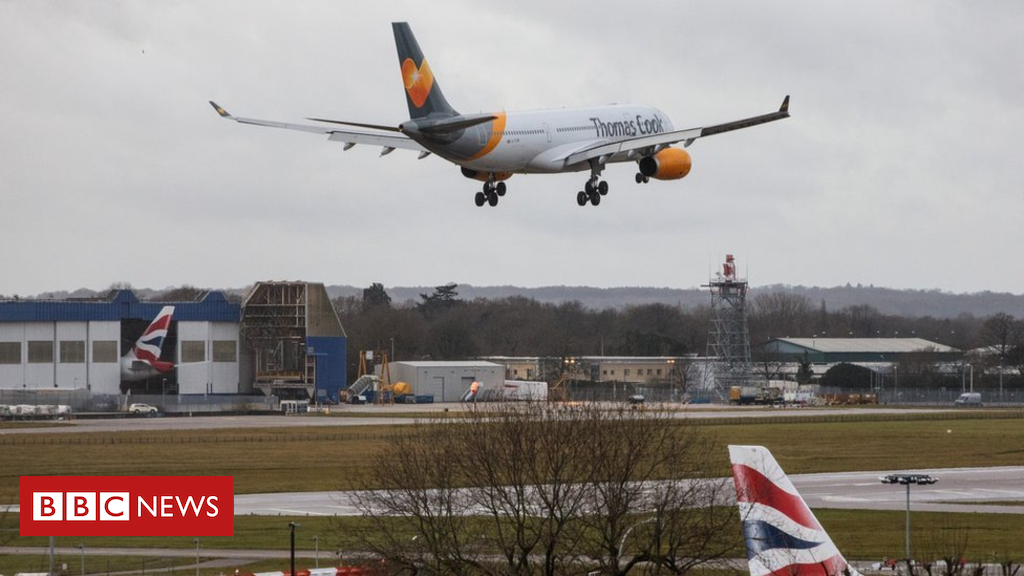 The Gatwick Airport drone drama which grounded hundreds of flights will be discussed by ministers in a Christmas Eve conference call.

Sussex Police insisted it was not “back to square one” after releasing an arrested man and woman without charge.

It said it was investigating 67 drone sightings but had earlier raised the possibility there may have been no drone at all.

Gatwick said there had been “multiple sightings” of the equipment.

Around 1,000 flights were cancelled or diverted across three days last week after drones were reportedly spotted inside the perimeter of the UK’s second biggest airport.

A 47-year-old man and a 54-year-old woman were released on Sunday after two nights in custody.

The airport has offered a £50,000 reward, through Crimestoppers, and another £10,000 has been put up by the charity’s chairman Lord Ashcroft to catch the culprits responsible for the chaos, which affected some 140,000 passengers.

Det Ch Supt Jason Tingley said he hoped the money will persuade someone to come forward with the vital clue.

He said at the weekend it was a “possibility” there had never been a drone, as police had not been able to acquire any footage.

But he later clarified: “We are interviewing those who have reported these sightings, are carrying out extensive house-to-house inquiries and carrying out a forensic examination of a damaged drone found near the perimeter of the airport near Horley, which is close to the last reported sighting.”

He said there were some “persons of interest” but would not reveal if police were close to making any further arrests.

Ministers are expected to discuss the disruption later in a conference call, a government source confirmed.

Authorities regained control over the airfield early on Friday after the Army deployed unidentified military technology.

An airport spokesman said: “We are clear that there were multiple confirmed sightings of drone activity at the airport.

“Therefore we took the necessary actions to ensure the safety of passengers using our airport. Safety will always be our number one priority.

“We continue to support the police with their investigations into this illegal and deliberate act to disrupt the airport’s operations.”

It is believed that the Israeli-developed Drone Dome system, which can jam communications between the drone and its operator, was used.

However, experts have said it does not enable the person responsible to be tracked down and captured.

John Murray, professor of robotics and autonomous systems at the University of Hull, said it could only “take the drone out of the sky”.