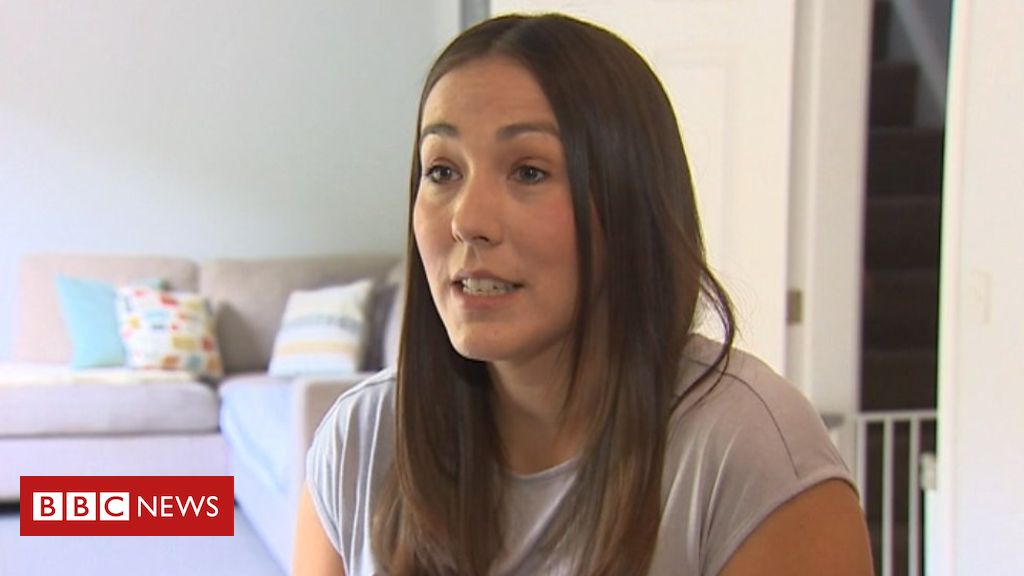 There are calls for better support for women who have multiple miscarriages.

Jessica Evans, who has lost six babies, had to seek specialist care in England and is calling on the Welsh Government to action recommendations from a report.

They include two miscarriage clinics and a time limit on health boards to ensuring care in early pregnancy units is in line with guidelines.

The Welsh Government said work was under way at some health boards.

Charlotte Byrne, who lost four pregnancies, added that a miscarriage should be treated as an emergency as it can involve severe bleeding.

Recommendations for clinics in north and south Wales and for early pregnancy units to meet NICE guidelines were made in a report and presented to Welsh politicians in September 2018.

There was a subsequent debate in the Senedd in October 2018, putting forward a motion calling for better bereavement care for women who experience pregnancy and baby loss – but Ms Evans said “very little action” has been taken since.

Ms Evans, from Llangollen, began campaigning on the issue when she was refused a referral to a specialist consultant in Wales after losing previous pregnancies.

She was able to have treatment at a centre in Coventry after she registered as a temporary patient in Shropshire, where she works, after she was refused a “reassurance” scan while pregnant.

The 36-year-old lost two babies before having her son, now four, and has suffered a further four miscarriages since.

Ms Evans said the medical and emotional care she received each time was poor.

“The care I’ve received has been really poor in terms of lack of privacy, I’ve been on a mixed ward due to overspill.

“And treating it as a health issue with very technical vocabulary used like ‘products of conception’ and ‘spontaneous abortion’.

“The emotional support was not there, it doesn’t exist, and there’s nothing in terms of aftercare.”

Coinciding with Baby Loss Awareness Week, Ms Evans wrote to the Welsh Government asking for information about its progress on the report’s recommendations.

Charlotte Byrne, 31, lost four babies over two years – the most recent in April 2019.

“A miscarriage is a severe bleed, which should be treated as a medical emergency,” she said.

“There is no medical assistance until three miscarriages in a row – even if you are able to go private.

“There is no joined up thinking with regards to the causes of miscarriage and therefore you only get advice that the specialist themselves believes in.”

Ms Byrne experienced bleeding early in her first pregnancy, which stopped, but at nine weeks she began to experience cramps.

She was referred to a pregnancy unit in Telford, 90 minutes from her parents’ home in Newtown, Powys, when she found out she had lost her baby.

Ms Byrne said she was left to try and work out what caused her miscarriage herself, and went on to experience three more.

“The advice when having a miscarriage is extremely lacking and does not prepare you for the horrors of what happens,” she said.

“When I got home, I passed what would have been the embryo which was extremely traumatic and we had not been advised would happen.”

“The subject is not talked about despite how common miscarriages are, mainly because of the belief around the 12-week scan being a significant turning point in pregnancy.

“If attitudes were changed then more support would be there during the early weeks, which are usually the hardest even in normal pregnancies.”

Another woman from Powys, who did not wish to be named, said she began bleeding and knew she was miscarrying at 12 weeks but was told to go home from hospital and not worry.

The next day her bleeding became so severe she passed out and was taken to A&E, but because it was the weekend there was no scanning service available to check on the baby.

When she was offered a scan, the sonographer said she was not trained in miscarriages and it was cancelled on the spot. She was finally scanned five days after her miscarriage began.

“There seemed to be inadequate facilities to enable the correct care for pregnant women who are miscarrying,” she said, adding she has never been contacted to check on her welfare.

What are the health boards doing?

The Welsh Government said it was working with health boards to ensure that families who suffer “such a painful loss” are fully supported and cared for appropriately.

“Individual health boards already have work under way to improve the care they give to families and we will shortly be carrying out an audit of how this care is delivered across Wales,” a spokesperson said.

Betsi Cadwaladr University Health Board said it was reviewing the support available to women who experience early pregnancy complications to ensure it meets the standards set by NICE and The Royal College of Obstetricians and Gynaecologists.

“This review will examine all aspects of early pregnancy care including how we can improve access to our early pregnancy units and establish a specialist recurrent miscarriage service within north Wales,” a spokesman said.

“This will help us to build on a number of improvements made in recent years, including the introduction of dedicated bereavement facilities on our main hospital sites.”

Powys Teaching Health Board said it provided a local midwife-led service in Powys.

“But given the rural nature of this county our residents access their consultant maternity and A&E services from hospitals provided by neighbouring health boards in Wales and NHS trusts in England,” a spokesperson said.

“If women and families have issues or concerns relating to their experience of care at neighbouring hospitals we would encourage them to discuss this with the organisation providing your hospital care.”

Beirut blast: What is ammonium nitrate and why is it so dangerous?

At least 135 killed and 5,000 hurt in Beirut blast as officials put under house arrest