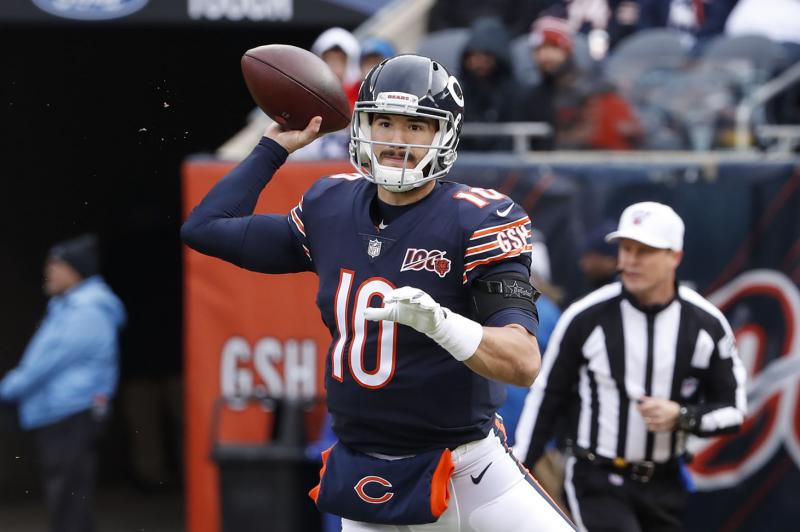 “I’m super happy with the way our guys fought,” Bears coach Matt Nagy told reporters. “It was a little bit of a slow start there … A lot of players made a lot of plays, but today was Mitch’s day.”

Trubisky connected with Allen Robinson for a 10-yard touchdown on the first drive of the game. The score capped off a six-play, 50-yard drive.

Detroit increased their lead to 17-7 with a 25-yard Matt Prater field goal in the second quarter. Eddy Pineiro hit a 30-yard field goal on the Bears’ next drive, making the score 17-10 at halftime.

The Bears tied the game in the third quarter, capping off a nine-play, 90-yard drive with a Trubisky touchdown pass to Jesper Horsted.

Detroit snatched the lead back with a 24-yard Prater field goal on the next drive. The Bears and Lions exchanged punts on the next two drives before Trubisky orchestrated a nine-play, 100-yard scoring drive, giving the Bears a 24-20 lead. The Bears quarterback connected with rookie running back David Montgomery on a three-yard touchdown pass to give Chicago the lead with 2:22 remaining.

Bears linebacker Roquan Smith had 10 tackles and two sacks in the win. Montgomery picked up 87 yards from scrimmage and a score for Chicago. Robinson had 86 yards and a score on eight catches. Bo Scarbrough picked up 83 yards on 21 carries for the Lions.

The Bears host the Dallas Cowboys at 8:20 p.m. EST Thursday at Solider Field in Chicago. The Lions battle the Minnesota Vikings in another NFC North matchup at 1 p.m. Sunday, Dec. 8 at U.S. Bank Stadium in Minneapolis.

“I’m just proud of the guys,” Trubisky said. “It has been a lot of fun, even the ups and downs of this season. You just have to move on and keep getting better from here.”