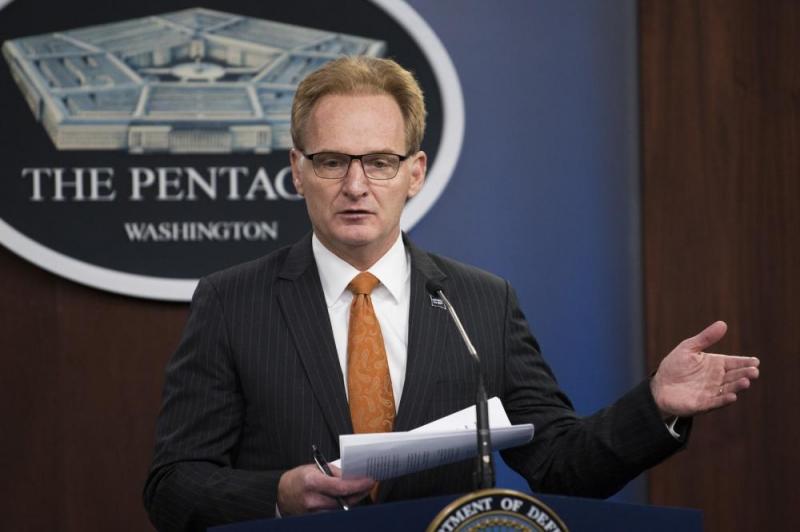 April 7 (UPI) — Defense secretary Mark Esper confirmed Tuesday that he had accepted the resignation of Acting Secretary of the Navy Thomas B. Modly after Modly called the aircraft carrier captain he fired last week ” stupid” in an address to the ship’s crew, multiple sources reported Tuesday.

“Secretary Modly served the nation for many years,” Esper wrote in a statement on Modly’s resignation, which had already been reported by CNN, Politico and the Wall Street Journal. “I have the deepest respect for anyone who serves our country, and who places the greater good above all else. Secretary Modly did that today, and I wish him all the best.”

Sen. Jack Reed, D-R.I., wrote on Twitter that Modly “mishandled the situation” and that he supported Esper’s decision to accept his resignation.

“Acting Secretary Modly submitting his formal resignation to Secretary Esper was the right thing to do,” wrote Rep. Adam Smith, D-Wash., who had called for Modly’s resignation Monday. “After mismanaging the COVID-19 outbreak on the U.S.S. Theodore Roosevelt, it became obvious that Acting Secretary Modly had forfeited his ability to lead the Navy. His actions had become a distraction at a time when we need the Navy to be focused on preserving the safety of our Sailors and maintaining the readiness of our fleet.”

Modly’s comments in the address were first reported by Task and Purpose, and he initially he said he “stood by every word,” but later he apologized for the comments.

Modly announced Thursday that he had relieved Capt. Brett Crozier of his role as leader of the USS Theodore Roosevelt after Crozier wrote a letter pleading with the Navy for more resources to isolate sailors amid an outbreak of the novel coronavirus on the ship, which is docked in Guam to test personnel.

The decision drew criticism from lawmakers, and videos that surfaced Friday — showing hundreds of sailors chanting Crozier’s name as he deboarded the carrier — suggest Modly’s call was not popular with sailors.

Modly was appointed in November following the resignation of Richard V. Spencer due to a conflict over the administration’s handling of a Navy SEAL who was photographed with a dead prisoner of war.