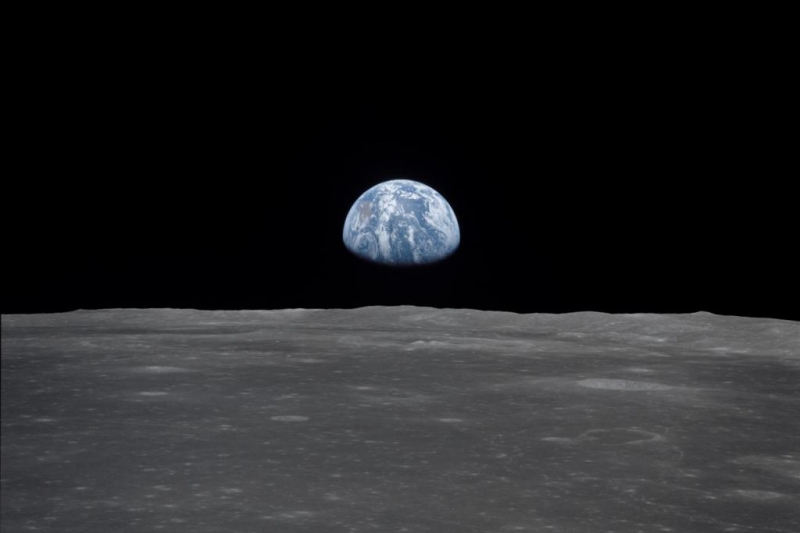 July 1 (UPI) — The most popular theory of the moon’s origins contends the satellite was formed when a Mars-sized object collided with Earth, vaporizing large portions of Earth’s upper crust.

“By improving our understanding of how much metal the moon’s subsurface actually has, scientists can constrain the ambiguities about how it has formed, how it is evolving and how it is contributing to maintaining habitability on Earth,” lead study author Essam Heggy said in a news release.

Using data collected by instruments onboard NASA’s Lunar Reconnaissance Orbiter, researchers were able to identify the chemical composition of the fine dust found at the bottom of lunar craters. Scientists measured higher concentrations of metals, including iron and titanium oxides, than previously estimated.

The dust in the bottom of craters offers evidence of the materials found beneath the lunar crust. Scientists suspect much of the fine dust found inside craters are what’s left of material that was ejected millions of years ago.

Scientists surveyed the contents of a variety of craters, and they found larger craters hosted greater concentrations of metal dust than smaller craters. The discovery supports the theory that the moon’s subsurface material is especially metal-rich.

The difference in concentrations of iron oxides on the moon and Earth has always complicated the traditional theory for the moon’s formation, but the new research shows the moon is even more metal-rich than previously thought.

It’s possible the collision that forged the moon was more violent than scientists thought, gouging out even deeper portions of Earth’s crust and mantle. It’s also possible the moon experienced an unusual cool-down process, post-collision — a process that left the moon with large concentrations of metal.

“Our solar system alone has over 200 moons — understanding the crucial role these moons play in the formation and evolution of the planets they orbit can give us deeper insights into how and where life conditions outside Earth might form and what it might look like,” said Heggy, a research scientist of electrical and computer engineering at the University of Southern California.