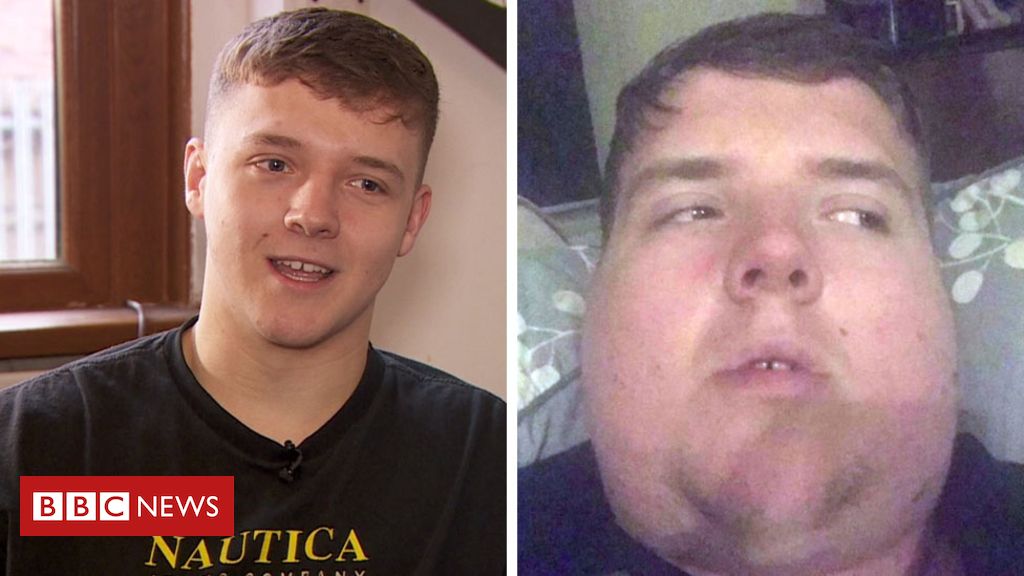 Health officials are urging people to have both parts of the MMR vaccine after cases of mumps in England reached their highest level in a decade.

Outbreaks in universities and colleges raised the number of cases of the painful viral illness to 5,042 in 2019 – four times the number in 2018.

Most were in young adults who missed out on the MMR jab.

Public Health England said the full two doses of the vaccination were needed to maximise protection.

The vaccine prevents most cases of mumps – but not all, and so some young people are still getting the illness.

There were also increases in mumps cases in Wales and Scotland in 2019.

It is a viral infection that used to be very common in children before the MMR (measles, mumps and rubella) vaccine was introduced in the UK in 1988.

A classic sign is puffy cheeks under the ears.

Mumps is contagious and spread through infected droplets of saliva breathed in through the mouth or nose.

What are the symptoms?

Most people usually recover without treatment.

But in rare cases, there can be serious complications, such as inflammation of the testicles in males, meningitis and deafness.

“I went to bed normal, everything fine, and then I woke up, and bang – my face was so puffed out, so swollen,” says Olly Finch, a student at Leeds University.

“I got prescribed morphine – it was that bad.”

Flora Cox, another Leeds student, said: “It started out with just neck pain in my ear and jaw, and then it started swelling – it was so painful.

“Your jaw pretty much locks.”

David Buckley, 32, ended up with a swollen testicle “the size of an avocado” when he had mumps.

That followed 10 days at home in bed with symptoms and a trip to hospital with a locked jaw.

“It was so painful, really horrible. I tried to ice it… but it’s just something you have to ride out,” he told Radio 1 Newsbeat.

David wasn’t sure if he’d had the second dose of the MMR vaccine, so he got the jab again – just in case.

How can I protect myself?

The best and safest way is to get two doses of the MMR vaccine – the middle ‘M’ stands for mumps.

“We encourage all students and young people who may have missed out on their MMR vaccine in the past to contact their GP practice and get up to date as soon as possible,” she said.

Adults and children who missed out on the vaccine as babies can also have it on the NHS at any age – it is given in two doses, with the second at least a month after the first.

Why do some people still get mumps?

The part of the triple vaccine that specifically protects against mumps isn’t quite as effective as the elements protecting against measles and rubella.

However, getting the jab is still crucial – because the more people who are protected, the less likely mumps is to be shared around.

During outbreaks among students, which are common, completely unvaccinated people are at highest risk.

Even if you get the illness after being vaccinated, you are likely to have a less serious form of it and fewer complications.

Why do outbreaks happen?

Teenagers and young adults in colleges and universities are now the ones who tend to be affected – for several reasons.

Many of the 2019 cases were born in the late 1990s and early 2000s and missed out on the MMR vaccine when they were children.

Research by a disgraced UK doctor falsely linking the vaccine to autism undoubtedly had an impact on uptake.

Current students may also be too old to have been immunised or offered the MMR, or may only have had one dose of the vaccine and thus not be fully protected.

It is also possible the vaccine’s protection against mumps may have worn off.

Despite the recent rise in cases, mumps hasn’t just reappeared.

Before the MMR vaccine, eight out of 10 people developed it and most of them were children of school age.

At that time, there were five deaths a year from mumps, mainly due to encephalitis or swelling of the brain.

The illness then became relatively rare before returning in the 2000s.