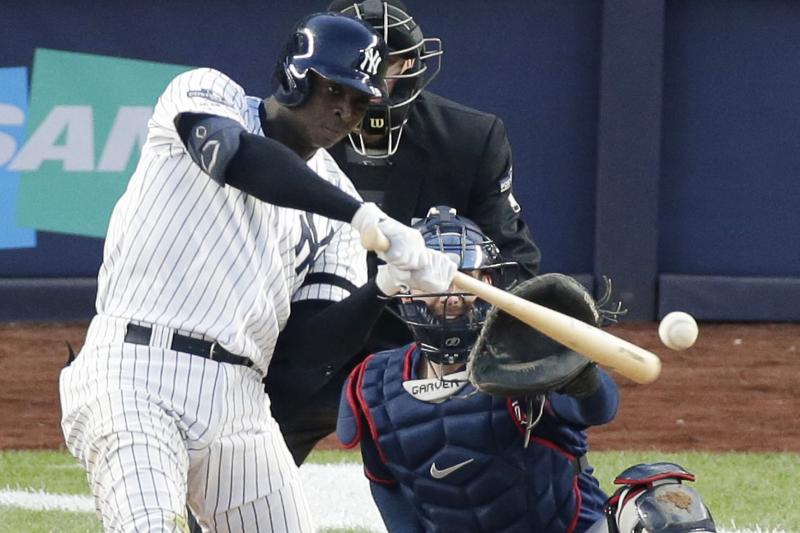 Oct. 5 (UPI) — The New York Yankees exploded for seven runs in the third inning — including a grand slam by shortstop Didi Gregorius — to handily defeat the Minnesota Twins 8-2 in Game 2 of the American League Division Series on Saturday at Yankee Stadium.

The Bronx Bombers can win the best-of-5 series in Minnesota on Monday and move on to the best-of-7 League Championship Series.

The Yankees batted around in the third inning, which began with a single by Aaron Judge, a walk by Brett Gardner and a single by Edwin Encarnacion. With the bases loaded, Minnesota yanked starter Randy Dobnak and replaced him with Tyler Duffey.

Duffey gave up a sacrifice fly to Giancarlo Stanton, bringing the score to 2-0. Gleyber Torres than singled to make it 3-0, and Sanchez was hit by a pitch, loading the bases again. Gregorius, who had fallen behind 1-2 in the count, then slammed a 94-mph fastball 369 feet into the second deck in right field, making the score 7-0.

The Yankees added another run, running the score to 8-0 going into the fourth inning. They had 11 hits on the evening.

Gregorius’ grand slam was the Yankees’ first in the postseason since 2011, when Robinson Cano hit a bases-loaded homer against the Detroit Tigers in Game 1 of the division series.

The Twins scored their first run in the fourth inning on a Mitch Garver single off starter Masahiro Tanaka. They scored their only other run on a double by Luis Arraez in the ninth.

Among those in the crowd was Preet Bharara, the former U.S. attorney for the Southern District of New York, who was fired by President Donald Trump. Bharara was celebrating his father’s 80th birthday, and tweeted that they ran into “second base legend Willie Randolph.”

The night before, when he also was at the stadium, Giuliani tweeted, “Once there was a time that Democrats & Republicans could debate and respect each other and remain friends. He posted a photo of himself wearing a Yankees cap and standing next to lifelong Democrat Alan Dershowitz, a former law professor at Harvard University.