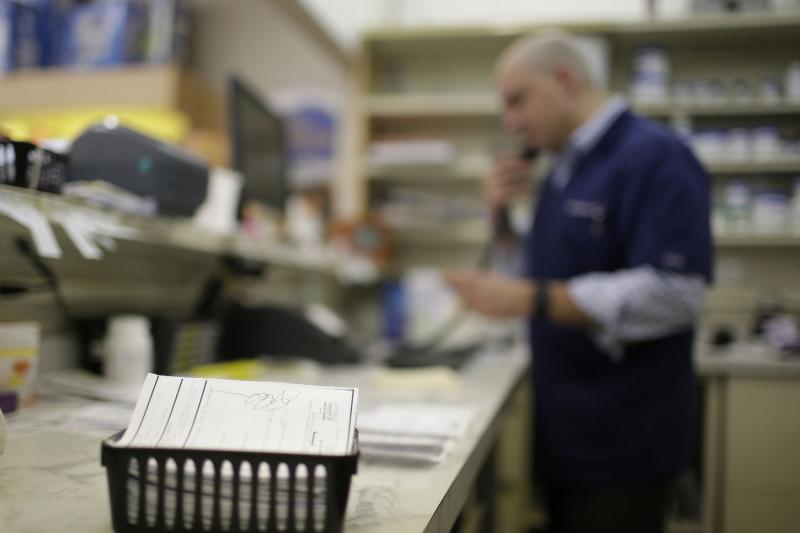 Jan. 31 (UPI) — Allowing pharmacists to dispense the life-saving drug naloxone without a prescription may help prevent overdose deaths among those who abuse or misuse opioids, a study published Friday in JAMA Network Open indicates.

In in an analysis of Medicaid data on the drug, sold under the brand name Narcan, collected from Kroger Pharmacy locations in Ohio, researchers found doses dispensed in the state increased a whopping 2,328 percent from 2014 to 2017.

Ohio enacted a state law five years ago freeing up pharmacists to provide the naloxone to those who need it without a doctor’s authorization as part of an effort to prevent overdose deaths.

“Pharmacists have a key and central role in helping to address the opioid crisis by providing naloxone — the main medication used to treat opioid overdoses,” study co-author Neil MacKinnon, dean of the James L Winkle College of Pharmacy at the University of Cincinnati, told UPI. “Our country’s Surgeon General has recommended that everyone be trained on how to administer naloxone and to have it with them. I believe our results demonstrate the positive impact of this policy and should encourage other states who have yet to implement this policy to permit their pharmacists to dispense naloxone without a prescription.”

According to MacKinnon, legislators in Ohio decided to act on the issue of opioid overdoses in 2015 because the state has been one of the “epicenters” of the crisis plaguing much of the United States.

An estimated 50,000 deaths annually nationwide have been linked with opioid use, and Ohio had the second highest total of opioid-related deaths in the country between 2015 and 2017, he noted.

His team’s analysis revealed that, among Medicaid beneficiaries in Ohio, the number of naloxone orders dispensed after the policy was implemented increased from 191 in 2014 to 4,637 from 2015 to 2017. Overall, the rate of naloxone orders dispensed per month for each of the state’s 88 counties after the policy was implemented increased by 4 percent among Medicaid beneficiaries and 3 percent among Kroger Pharmacy customers.

“This study was funded in part by the Ohio Department of Health, the policymakers who implemented the legislation permitting pharmacists in Ohio to dispense naloxone without a prescription,” MacKinnon said. “So, to their credit, they were interested in seeing the impact of this policy.”