They took the first steps toward a major addition to the International Space Station’s solar panels. NASA plans to deliver six panels in a SpaceX cargo capsule starting in June.

Glover and Rubins have conducted two spacewalks previously. For Glover all three were since his arrival to the ISS in November and Rubins both during her first time in 2016.

In all, 235 spacewalks have been performed from the ISS.

Rubins will also team up with Japan Aerospace Exploration Agency astronaut Soichi Noguchi for a spacewalk on Friday.

A comparison of the standard and high definition views from the helmet camera on @Astro_Kate7‘s spacesuit. #AskNASA | https://t.co/cBNqC5JGaz pic.twitter.com/lGMO24TuLV

The new panels are just a little over half the size of the existing eight solar arrays, which are 240 feet long. But the new solar panels will deliver more power, thanks to advances in solar technology.

The new arrays will be positioned in front of six of the current ones, increasing the space station’s total available power by about 34%, NASA said.

Demand for power on the space station is growing along with the increase in science experiments aboard the orbiting platform, Kenny Todd, NASA’s deputy manager for the space station program, said during a press conference Wednesday.

Over the past two years, astronauts upgraded the batteries on the space station to provide more power.

“Quite frankly, we are today looking for power that we didn’t even dream of in the past,” Todd said. “We are trying to accommodate as much as we can, all the different users that are coming on board.”

The first all-private mission to the space station is scheduled for launch in January 2022 by Houston-based Axiom Space aboard a SpaceX Falcon 9 rocket and Crew Dragon capsule.

The first pair of solar arrays at the orbiting platform were deployed in December 2000 and have been powering the space station for more than 20 years.

“The current solar arrays are functioning well, but have begun to show signs of degradation, as expected, as they were designed for a 15-year service life,” according to a NASA press release about the spacewalk.

NASA marked the 20th year of humans living on the space station in 2020. Over that time, 242 people from 19 countries have visited the orbiting laboratory, which has hosted about 3,000 research investigations. 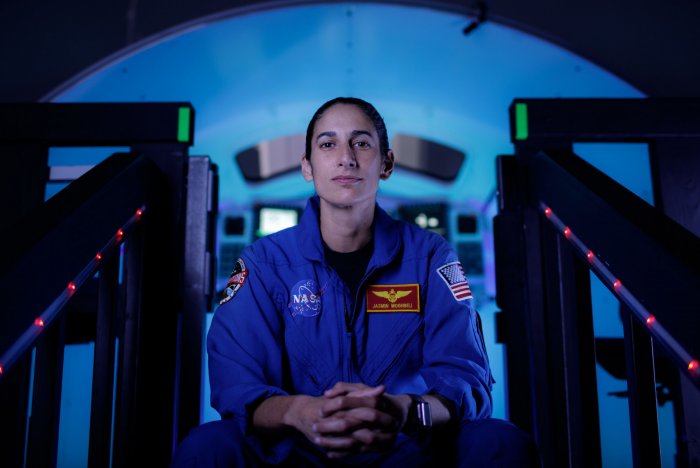