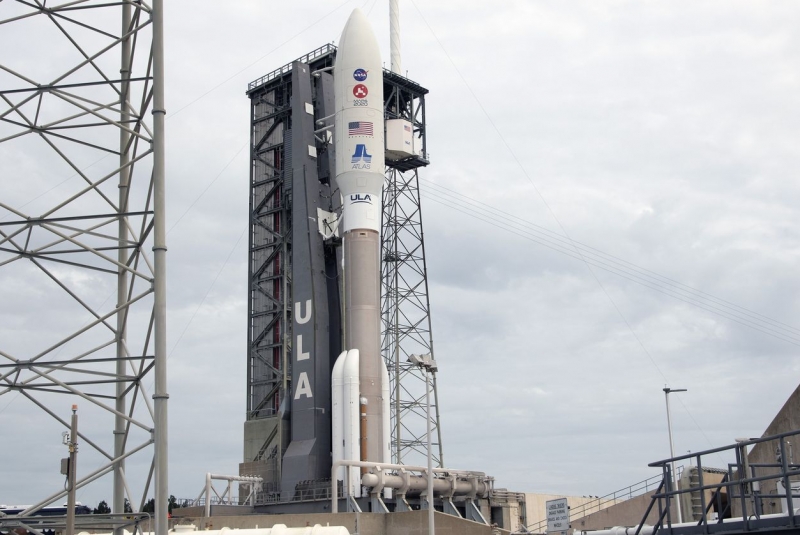 ORLANDO, Fla., July 30 (UPI) — The most advanced Mars rover yet — with technology and tools to find signs of life on the Red Planet — is ready to be launched Thursday morning from Cape Canaveral Air Force Station in Florida.

The Perseverance rover is encapsulated and stacked on a 197-foot-tall Atlas V rocket at Launch Complex 41, with liftoff set for as early as 7:50 a.m. EDT.

The mission, like any trip to Mars, comes with a lot of risks, NASA Administrator Jim Bridenstine said in a press conference in Florida on Wednesday.

“It’s without question, a challenge. I mean we, there’s no other way to put it, and it’s not easy. … That being said, we know how to land on Mars. We’ve done it eight times already,” Bridenstine said.

This year’s mission to Mars builds on the past discoveries made by rovers such as Spirit, Opportunity and Curiosity, which led NASA to conclude that conditions once existed to support life there.

“Mars 2020 is without question the most advanced mission to Mars, including the two other missions headed there this year from China and the United Arab Emirates,” said Raymond Arvidson, professor of Earth and Planetary Sciences at Washington University in St. Louis.

Arvidson has been involved in every Mars mission since Viking 1 landed on the Red Planet in 1976.

“The instruments on board are unmatched, and the planned return of Martian soil and rock samples is also historic,” Arvidson said.

The mission’s primary goal is to study rocks at or just below the surface for signs that life existed, or still exists, on Mars, and to understand its geology better.

The rover also will collect rock samples for return to Earth during a future mission, but NASA said that could take 10 years to accomplish.

The stakes are high for the mission, which must begin by mid-August or Mars will move too far away from Earth to make the journey possible.

The Atlas rocket that will carry the rover has four solid-rocket strap-on boosters in addition to the main, first-stage booster. That is the same configuration used to launch NASA’s Curiosity rover to Mars in 2011.

Mars 2020 and the Perseverance rover are scheduled to arrive at Mars in February, landing at the large Jezero Crater amid that planet’s Northern Lowlands. Scientists believe that once was home to a river delta.

The rover will select targets for rock samples, drive and operate for at least one Mars year, which is about two Earth years.

Besides its science and imaging instruments, the Perseverance rover also will carry the Ingenuity helicopter strapped to its underside. The aircraft is powered by lithium-ion batteries that can recharge via solar panels.

Ingenuity is made up of a box carrying cameras and instruments, four spindly landing legs and two counter-rotating rotors. The rover will film the helicopter as it flies.

NASA describes Ingenuity as primarily an experiment to prove it can fly an aircraft on another planet and record images.

Ingenuity is considered a demonstration of a new technology, and NASA believes it could help to identify interesting targets for future Mars exploration. The helicopter’s first flight is scheduled for two months after the rover lands.