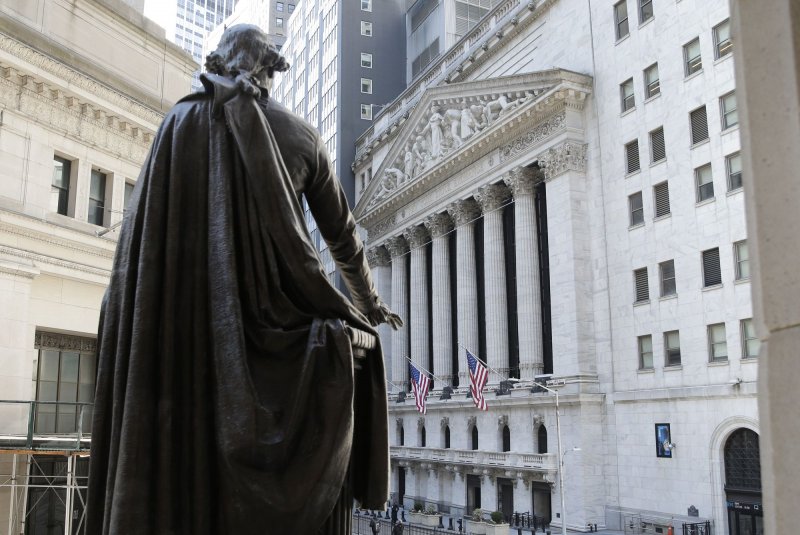 March 9 (UPI) — The Nasdaq Composite bounced back from earlier losses on Tuesday as a decline in bond yields led to a surge in tech stocks.

The tech-heavy Nasdaq closed the day up 3.69% for its best day since November, while the S&P 500 gained 1.42% after both indexes reported losses to start off the week. The Dow Jones Industrial Average closed the day on session lows, rising 30.30 points or 0.095%, after rising more than 300 points for an intraday record at its high.

The 10-year Treasury note yield fell about 5 basis points to 1.53% after settling around 1.6% on Monday.

“After lagging badly for the last few weeks growth/momentum stocks are exploding higher as investors grow a bit more comfortable around rates and step in to buy this erstwhile most-loved sector,” Adam Crisafulli, founder of Vital Knowledge, said in a note.

The Nasdaq had fallen into correction territory, down 10% from its Feb. 12 high, as several major tech stocks have fallen double digits. Despite Tuesday’s gains, Apple remained down 10% in the past month, while Tesla has fallen 20%, Zoom Video has slid 20% and Peleton has dropped 36%.

The Dow reported stronger growth on Monday, gaining 306.14 points amid optimism around reopening after the Senate passed President Joe Biden‘s $ 1.9 trillion stimulus bill over the weekend.

Losses in tech stocks as investors expressed concerns over reopening plans dragged the S&P 500 down 0.54% and the Nasdaq down 2.41%.