July 21 (UPI) — Reigning World Series MVP Stephen Strasburg looked sharp in his final start of summer camp, as he led the Washington Nationals to a 4-2 win against the Baltimore Orioles.

Strasburg had six strikeouts and allowed just one run in five innings Monday at Oriole Park at Camden Yards.

Nationals players took five buses and personal vehicles on the trip due to social distancing safety precautions amid the coronavirus pandemic. They used staggered arrival times to avoid long lines for COVID-19 testing when they got to the stadium.

“It felt like something that you would normally do in spring training,” Strasburg told reporters.

First baseman Howie Kendrick led the Nationals at the plate. Kendrick went 3 for 4 with three RBIs and two runs scored in the win. His day featured a 427-foot, two-run homer in the fourth inning.

Orioles shortstop Jose Iglesias went 3 for 4 in the loss. Outfielder Anthony Santander and third baseman Renato Nunez each had two hits for Baltimore.

Max Scherzer will be the Nationals’ opening day starter. Strasburg will likely start the Nationals’ second game of the season Saturday in Washington, D.C.

Baseball kicks off with preseason training 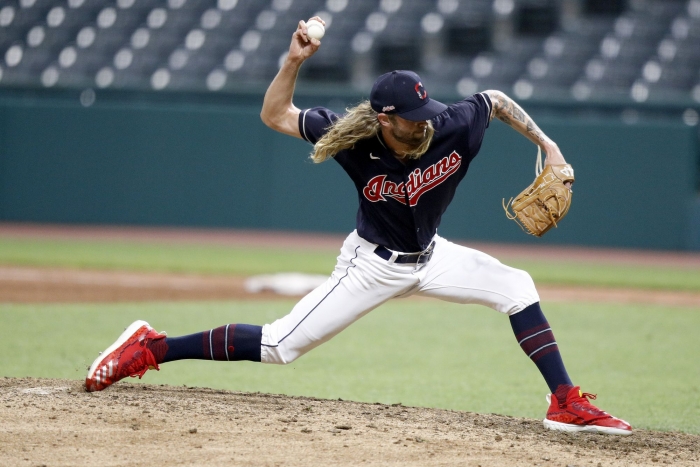 The Cleveland Indians’ Adam Cimber pitches during the seventh inning of an exhibition game against the Pittsburgh Pirates at Progressive Field in Cleveland on July 20. Photo by Aaron Josefczyk/UPI | License Photo