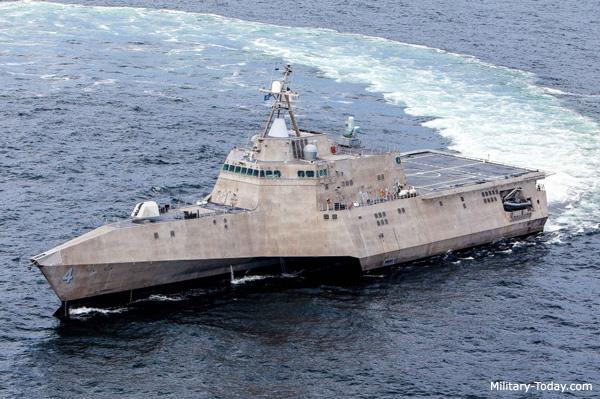 Dec. 17 (UPI) — Austal has been awarded contracts for the construction of the Navy’s next two Independence-class littoral combat ships, LCS 38 and LCS 38.

The contract, announced Friday by the Department of Defense, is potentially worth well over $ 1 billion as each of the vessels has a congressional cost cap of $ 584 million per ship.

Austal has now been awarded contracts for four new LCS vessels in 2018. The company already has delivered eight of the ships, and has six more under construction and three awaiting the start of construction — bringing the total number of LCS ships by Austal to 19.

“To be awarded two more LCS contracts before the end of the year is beyond exciting,” Craig Perciavalle, president of Austal USA, said in a press release.

“The skill, hard work and dedication of our employees is second to none and strengthens as we continue to play an important role in helping build the Navy’s 355-ship.”

The LCS is meant to operate in shallow coastal waters, along with regular sea operations. It is designed to be modular, allowing multiple weapons and sensor packages depending on the mission of the ship.

It’s standard armament is a MK 110 57mm gun. The LCS can also be equipped with RIM-110 RAM surface-to-air missiles and a variety of other ordnance. It can carry up to two helicopters and vertical take-off drones like the MQ-8 Fire Scout.

The LCS comes in two highly similar models, the Freedom by Lockheed Martin and the Independence by Austal USA, with multiple ships of each

The LCS has been criticized for design issues and a lack of significant firepower. Though production continues, it is expected to be supplemented by a new class of Guided Missile Frigates that carry vertical launch systems for missiles and other heavy weaponry.

The two new vessels will be built mostly in Mobile, Ala., and Pittsfield, Mass., with Austal responsible for all design, planning, contruction and tests and trials of the ships.

Work on the contract is expected to be complete by September 2025.