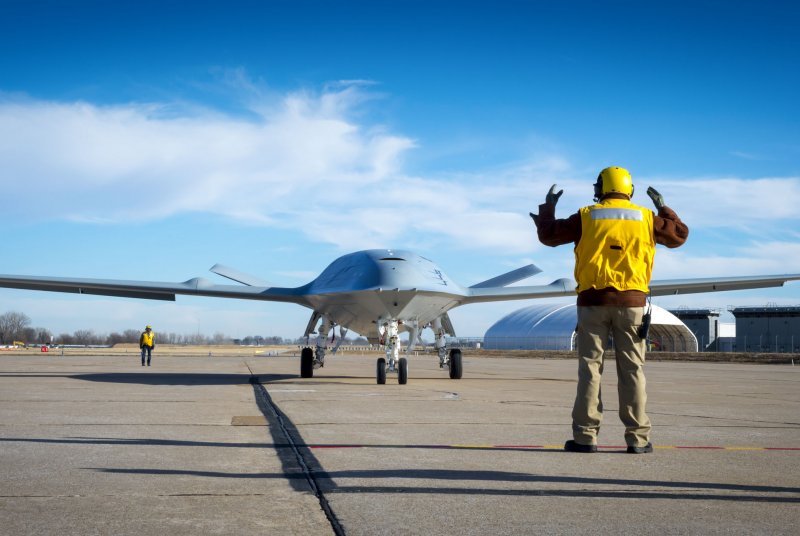 Dec. 9 (UPI) — A U.S. Navy warrant officer specialty for Aerial Vehicle Operators was announced this week, with plans to train about 450 personnel for the designation.

The AVO warrant officer will be charged with operating MQ-25 Stingray unmanned aerial vehicles, which are typically launched from maritime vessels.

The aircraft will be included aboard fleet carrier airwings in 2024, the Navy said Wednesday in a statement.

The new AVOs will be trained, over the next six to 10 years, at the Navy’s Officer Candidate School in Newport, R.I., and then designated as Warrant Officer One. They will receive distinctive ceremonial “wings of gold” before their assignment.

“Unlike traditional Navy Chief Warrant Officers, the majority of these officers will be accessed much younger and trained along the lines of current Naval Aviators and Naval Flight Officers,” said Capt. Christopher Wood of the Bureau of Naval Personnel.

“Naval Aviators and Naval Flight Officers require assignments that progress in tactical and leadership scope to be competitive for promotion, while warrant officer AVO’s will be technical specialists and spend their careers as operators,” Wood said.

The AVO’s scope could increase as the Navy adds additional unmanned aerial vehicles to its capabilities, the Navy said.

The Navy Recruiting Command will begin accepting applications for the first AVO positions in 2022. Enlisted sailors will also be able to apply for the program.