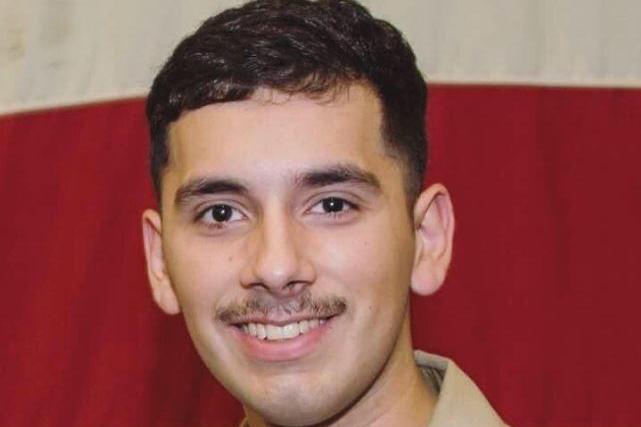 Saldana, assigned to a helicopter squadron aboard the aircraft carrier USS Abraham Lincoln, is listed as “Duty Status Whereabouts Unknown” by the U.S. 5th Fleet.

His ship is the leader of a strike group of ships patrolling the Arabian Sea in support of U.S. Naval Forces Central Command.

Saldana is believed to have gone overboard in the early hours, local time, on July 17. Attempts to find him on board failed, and a sea search, involving the USS Abraham Lincoln, the guided-missile cruiser Leyte Gulf, Patrol Squadrons 10 and 40 and the Spanish guided-missile frigate Méndez Nunez failed to locate him. The search was called off on July 19.

The strike group deployed from Naval Station Norfolk, Va., in April, and has been operating since May in the U.S. Central Command when tensions rose between the United States and Iran.