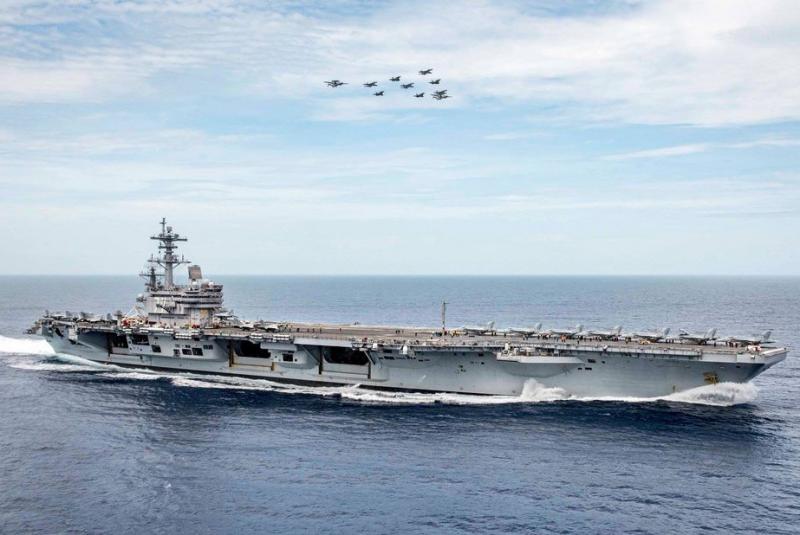 Sept. 24 (UPI) — Federal and local authorities are investigating four suicides on the USS George H.W. Bush, including three this week and one back in July.

Hampton Roads authorities have joined federal law enforcement agents to probe the deaths by suicide of sailors assigned to the Norfolk, Va., based warship and aircraft carrier, the Navy Times reported.

Two sailors died by suicide on the same day and rumors have circulated describing the deaths as part of an “epidemic,” but authorities have not linked the deaths.

“The sailors did not serve in the same departments, and there does not appear to be a connection between their deaths,” Naval Air Force Atlantic spokeswoman Commander Jennifer Cragg said in a statement to the Navy Times.

Authorities ruled three more deaths as suicides last week, including one on Sept. 14 and two on Thursday.

None of the deaths occurred aboard the warship, which is at Norfolk Naval Shipyard for 28 months of Docking Planned Incremental Availability repairs.

Bush commanding officer Captain Sean Bailey called for prevention ideas Tuesday in the wake of the three most recent suicides.

“My heart is broken,” Bailey said in a Facebook post. “These deaths mark the third, fourth, and fifth crew member suicides in the last two years. Now is the time to come together as a crew and as a family to grieve, to support each other, and to care for those in need.”

“We need All Hands to engage by bringing forward your suggestions and ideas for how we can work together to prevent another suicide,” Bailey continued. “I want to reiterate that there is never any stigma or repercussion from seeking help.”

He added in the post that “chaplains, psychologists, counselors and leadership were available” on board to provide support and counseling to those grieving.

The three deaths bring to at least 49 the number of active-duty sailors who have died by suicide this year.

Last year, the Navy recorded 68 active-duty sailors died by suicide, according to data from Navy Personnel Command, following a steady increase in the suicide rate from 43 suicides in 2015; 52 in 2016; and 65 in 2017.

Still, Navy personnel command advised to avoid “presenting suicide as an ‘epidemic’ so not to ‘normalize suicide to those at-risk,” in line with the U.S. Surgeon General National Strategy for Suicide Prevention, according to its website.