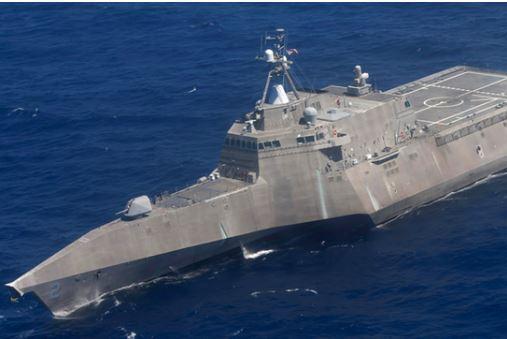 June 24 (UPI) — The U.S. Navy accepted delivery of its newest littoral combat ship, to be named the USS Cincinnati, in ceremonies in Mobile, Ala.

The ship, designated LCS 20, is a relatively small surface vessel designed for near-shore Navy operations, and is the 10th in the Navy’s Independence class.

The delivery on Friday marks the official transfer of the ship from its builder, Austal USA, to the Navy. It will be commissioned and officially named in ceremonies later this year in Gulfport, Miss.

“This is a great day for the Navy and our country with the delivery of the future USS Cincinnati,” said Capt. Mike Taylor, LCS program manager. “I look forward to celebrating the commissioning of this great ship alongside the crew later this year. This ship will play an essential role in in carrying out our nation’s maritime strategy.”

Five additional LCS ships are currently under construction at the Austal shipyard, with four more planned.

In addition to operating in littoral, or nearshore, zones of waterways, the ships are capable of open-ocean tasks dealing with coastal threats including submarines, mines and swarming small craft, and can provide forward presence, maritime security, sea control and deterrence.