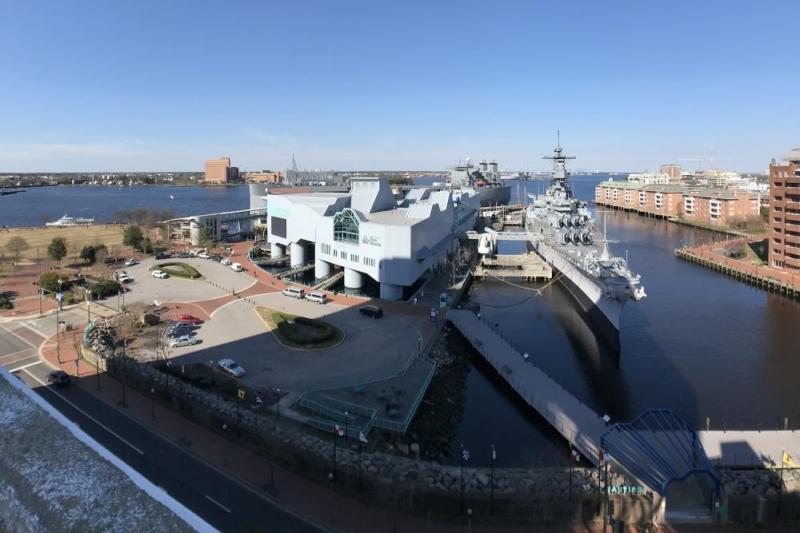 March 6 (UPI) — The Navy will commission its newest expeditionary sea base, the USNS Hershel “Woody” Williams, at a ceremony in Norfolk, Va., Saturday morning.

According to the Pentagon, U.S. Sen. Joe Manchin, D-W. Va, is slated to deliver the commissioning ceremony’s principal address.

Manchin will be joined by Tracie Jean Ross and Tavie Jane Ross, who are the ship’s sponsors and are the daughters of Hershel “Woody” Williams, the last surviving Medal of Honor Recipient awarded for heroism at the Battle of Iwo Jima during World War II.

“This ship honors a man who dedicated his life to service – heroic service as a Marine, and continued service to his fellow veterans,” said Thomas Modly, the Navy’s acting secretary. “This dedication will live on in USS Hershel ‘Woody’ Williams as the ship is deployed around the world bringing additional capability to our growing fleet. The ceremony on Saturday will also represent the dedication to service demonstrated by the men and women who worked tirelessly to build this ship and their commitment to quality and innovation.”

The Navy launched the USNS Hershel “Woody” Williams in 2017, and used it as a test bed for sailing with a Littoral Combat Ship Mine Countermeasure Mission package in September.

Built by General Dynamics NASSCO, the Montford Point-class vessel is intended to act as a mobile sea base and act as part of the access infrastructure that supports the deployment of forces and supplies to provide prepositioned equipment and sustainment.

The ship is 784 feet long and features a 52,000-square-foot flight deck and fuel and equipment storage as well as repair spaces, magazines, and mission-planning spaces.

It is able to accommodate up to 250 personnel.