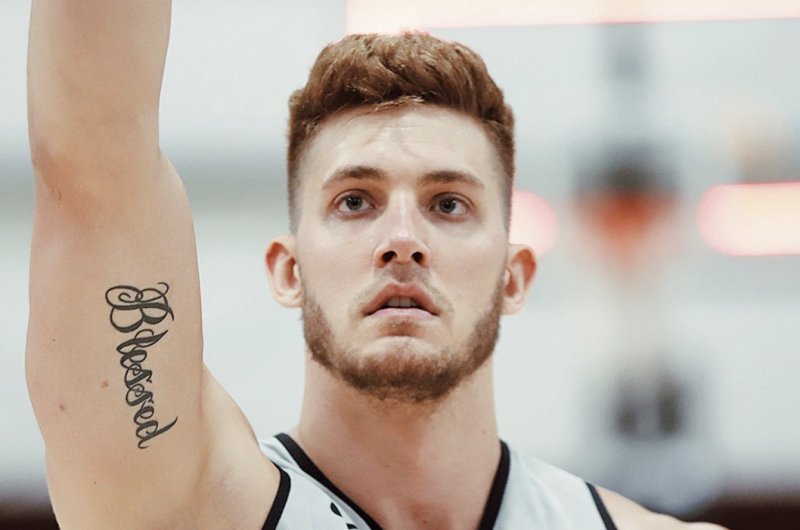 March 11 (UPI) — The NBA has fined Meyers Leonard $ 50,000 and issued a one-week suspension to the Miami Heat center for an anti-Semitic slur he made during a recent video game stream, the league announced Thursday.

Leonard also will be required to participate in a cultural diversity program.

“Meyers Leonard’s comment was inexcusable and hurtful and such an offensive term has no place in the NBA or in our society,” NBA commissioner Adam Silver said in a news release.

“Yesterday, he spoke to representatives of the Anti-Defamation League to better understand the impact of his words, and we accept that he is genuinely remorseful.

“We have further communicated to Meyers that derogatory comments like this will not be tolerated and that he will be expected to uphold the core values of our league — equality, tolerance, inclusion and respect — at all times moving forward.”

Leonard said the slur in video game session Monday. A video surfaced Tuesday of the clip and went viral on social media networks.

The Heat and the NBA said they were reviewing the video Tuesday. The Heat later said Leonard would be “away from the team indefinitely.”

Leonard also apologized for the comments Tuesday on Instagram.

“I am deeply sorry for using an anti-Semitic slur during a live stream [Monday],” Leonard wrote in the post.

“While I didn’t know what the word meant at the time, my ignorance about its history and how offensive it is to the Jewish community is absolutely not an excuse and I was just wrong.”

Leonard, 29, is in his ninth season. The No. 11 overall pick in the 2012 NBA Draft played his first seven seasons and joined the Heat in 2019. Leonard has appeared in just three games this season and underwent season-ending shoulder surgery in February.