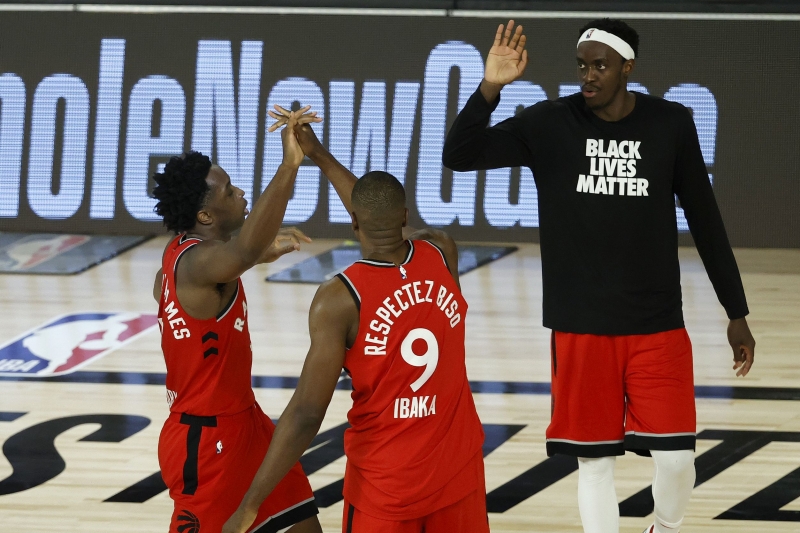 Aug. 21 (UPI) — The Boston Celtics and Toronto Raptors both took commanding 3-0 leads, while the Utah Jazz moved ahead of the Denver Nuggets in their first-round Western Conference playoff series.

The Celtics closed with a 10-0 run to beat the Philadelphia 76ers 102-94 on Friday. Kemba Walker led Boston with 24 points, eight rebounds and four assists.

Jayson Tatum, who scored 30-plus points in each of the first two games in the series, had 15 points, six rebounds and four blocks for the Celtics. Jaylen Brown notched 21 points, seven boards and three assists.

Joel Embiid had 30 points and 13 rebounds for the 76ers, who shot 29.5% from the field. Josh Richardson and Shake Milton each added 17 points.

The Raptors grabbed their first 3-0 lead in franchise history after a 117-92 win over the Brooklyn Nets on Friday. Pascal Siakam scored 26 points for the defending NBA champion Raptors to set up an elimination game Sunday.

“Our goal is always to win, and that’s what we came into the game for and I don’t think we worried about that,” Siakam said of making team history with the 3-0 series lead. “It’s just about taking every game and then going out and trying to get a win.”

Toronto never trailed in the game and led by as much as 31 points in the fourth quarter. Fred VanVleet dropped 22 points on 6-of-10 shooting from 3-point range.

Serge Ibaka had 20 points and 13 rebounds off the bench, while Kyle Lowry and Norman Powell each chipped in 11 points.

The Jazz routed the Nuggets 124-87 on Friday to take a 2-1 lead in the first-round series. The 37-point loss tied the third-worst defeat in the Nuggets’ postseason history.

Jazz guard Mike Conley made a career playoff-high seven 3-pointers and scored 27 points in his return to the league’s bubble near Orlando, Fla.

Conley left the bubble for the birth of his son and returned to the team Monday night. He went through a four-day quarantine that ended Friday.

“I’ve said it before and I’ll say it again: He’s a terrific player,” Jazz head coach Quin Snyder said. “I know how glad our guys were to see him back.”

Donovan Mitchell scored 20 points and Rudy Gobert added 24 points and 14 rebounds for the Jazz, who shot 48.6% from 3-point territory.

Nikola Jokic led the Nuggets with 15 points. Jamal Murray (12) and Bol Bol (11) were the only other players to score in double figures for Denver.

“They’re playing at a different level than us right now and we have to somehow find a way to not only match that but exceed that going into game No. 4,” Nuggets head coach Michael Malone said.