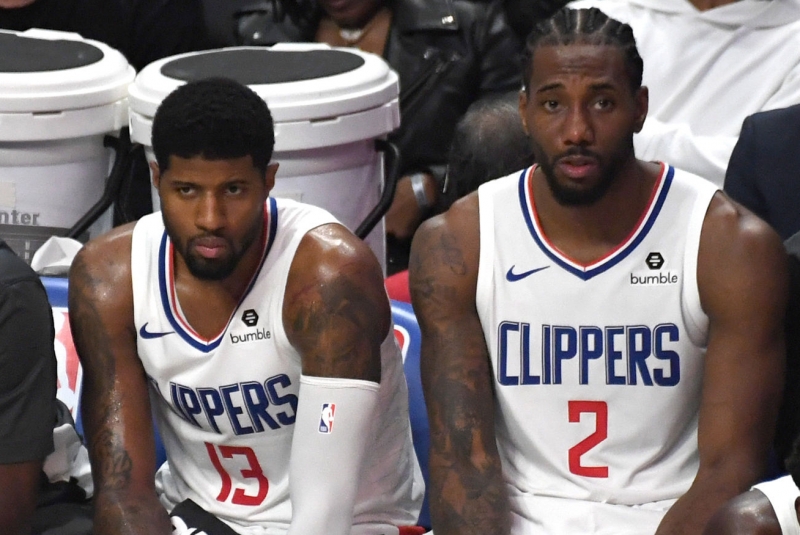 July 30 (UPI) — The Utah Jazz and New Orleans Pelicans will open the NBA’s resumed season schedule Thursday in Orlando, Fla., after the league reported that no players tested positive for the coronavirus since July 13.

The Jazz and Pelicans will tip-off at 6:30 p.m. EDT at the ESPN Wide World of Sports complex inside Walt Disney Resort. Stringent testing protocols, quarantine periods and policies put in place to promote player safety have led to the league’s success inside the protective bubble.

Twenty-two teams reported to the bubble in early July after the 2019-2020 NBA regular season stopped play in mid-March due to the pandemic.

Three of basketball’s biggest draws for fans are expected to be on the floor Thursday. Zion Williamson will lead the Pelicans against the Jazz. And LeBron James will lead the Los Angeles Lakers against Kawhi Leonard’s Los Angeles Clippers in the nightcap at 9 p.m. EDT.

“People have been asking me, ‘How is the bubble?’ I say it’s 2020,” James told reporters Tuesday. “Everything is different and you have to be able to adjust to it.”

Both of Thursday’s games will air on TNT.

Williamson returned to the bubble Friday after he had left for eight days because of a family emergency. The No. 1 overall pick in the 2019 NBA Draft is eligible to play for the Pelicans after clearing quarantine and returning to practice Tuesday.

The rookie averaged 23.6 points, 6.8 rebounds and 2.2 assists per game in 19 appearances before the season was suspended. Williamson missed the Pelicans’ first 44 games of the season wile recovering from a knee injury.

He will team up with Brandon Ingram, Jrue Holiday, Lonzo Ball, Josh Hart and J.J. Redick to attempt to get the Pelicans into the postseason.

New Orleans (28-36) sits in the No. 10 spot in the Western Conference standings and needs to play well in the eight remaining regular season games to make the playoffs.

New Orleans can clinch a playoff spot if they win the No. 9 seed, stay within four games of the No. 8 seed and then beat the No. 8 seed in back-to-back games.

The Pelicans were 1-2 against the Jazz during the regular season. They earned the win in overtime Jan. 16 in New Orleans.

The Jazz (41-23) boast a deep lineup and hold the No. 4 seed in the Western Conference. All-Star Donovan Mitchell paces the squad with an average of 24.2 points per game. Center Rudy Gobert mans the defense and is averaging 15.1 points and 13.7 rebounds per game.

Oddsmakers have the Pelicans favored to beat the Jazz.

The Lakers-Clippers clash will be one of the marquee matchups of the entire season. The Lakers (49-14) have nearly locked up the No. 1 seed in the Western Conference. The Clippers have the No. 2 seed, but could slip in the standings if they don’t play well in the eight games before the playoffs.

The Clippers beat the Lakers on Oct. 22 in the first game of the season and again Dec. 25. The Lakers got revenge with a March 8 win, just days before the season was suspended.

James has had another MVP-caliber season this year, with 24.7 points, 10.6 assists, 7.9 rebounds and 1.2 steals per game this season. All-Star Anthony Davis is averaging a team-high 26.7 points and 9.4 rebounds alongside James, as the Lakers stars form one of the best offensive duos in the league.

“We know our fans back in LA and all over the world are looking forward to see us play again,” James said. “So it’s still our job to go out there and perform.”

The Lakers will be without Avery Bradley for the remainder of the season after the dynamic defender opted out of the restart.

Lakers guard Rajon Rondo also is out with an injury. Los Angeles might have taken a step back defensively, but the signings of J.R. Smith and Dion Waiters should provide the team with more offensive firepower down the stretch.

Leonard has also posted another stellar campaign this season, with averages of 26.9 points, 6.3 rebounds, 5.0 assists and 1.8 steals per game. He leads the Clippers’ attack alongside All-Star Paul George. The Clippers had their lineup impacted by players leaving the bubble.

Lou Williams, who averaged 18.7 points per game in the first 60 games this season, will miss at least two games to start the resumed season. Williams must quarantine for 10 days after he left and returned to the bubble.

Clippers big man Montrezl Harrell — who is averaging 18.6 points per game — also is not expected to play against the Lakers after he left the bubble.

The Lakers are heavy favorites to beat the Clippers. The Clippers are on track to face the Dallas Mavericks in the first round of the playoffs, but could face the Houston Rockets or Jazz if they were to slip in the standings.

The Lakers are on track to face the Memphis Grizzlies in the first round, but could see a different opponent depending on how teams at the bottom of the conference standings perform in Orlando.

Just four teams play Thursday, but an additional 12 teams will take the floor Friday in the bubble. The remainder of the 22-team field will play Saturday.

The Orlando Magic and Brooklyn Nets play in the first game Friday, with a 2:30 p.m. EDT tip-off in Orlando. The Phoenix Suns then face the Washington Wizards and the Memphis Grizzlies play the Portland Trail Blazers, with both games set for 4 p.m. EDT.

The San Antonio Spurs and Sacramento Kings have an 8 p.m. EDT tip-off for their first game Friday. Friday’s final game between the Rockets and Mavericks will start at 9 p.m. EDT.

The eight seeding games — or resumed season games — will air on TNT, ESPN, ABC and NBA TV until Aug. 14. The playoffs start Aug. 17. The finals are scheduled to start Sept. 30.