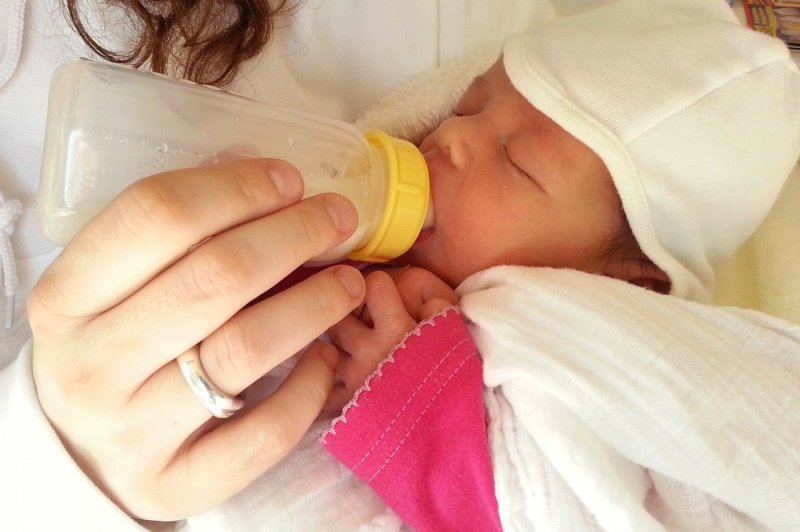 March 23 (UPI) — Nearly one in five new mothers reports symptoms of obsessive compulsive disorder within a year of giving birth, according to a study published Tuesday by the Journal of Clinical Psychiatry.

An estimated 8% of women experience symptoms of the disorder at some point during pregnancy. In addition, 17% of new mothers have OCD symptoms within 38 weeks of delivery, the data showed.

Earlier studies have estimated the prevalence of OCD among pregnant women and new mothers at just over 2%.

“Perinatal OCD is common, and we have a responsibility to identify those who experience it and ensure they receive timely, evidence-based treatment,” study co-author Dr. Nichole Fairbrother said in a press release.

“When mothers have these kinds of thoughts they might think, ‘There’s something wrong with me and I can’t tell anyone because there could be terrible consequences for me and my baby,'” said Fairbrother, a clinical associate professor of psychiatry at the University of British Columbia in Canada.

OCD is an anxiety-related condition in which sufferers experience recurrent unwanted, intrusive and distressing thoughts, according to the researchers.

If left untreated, it can interfere with parenting, relationships and daily living, and it is important for care providers to know when women are most at risk because they may be reluctant to report their symptoms.

In some cases, women have thoughts about harming their babies, although these thoughts rarely lead to physical abuse, according to the International OCD Foundation.

For this study, Fairbrother and her colleagues surveyed 580 women in the Canadian province of British Columbia during their third trimester of pregnancy and for six months afterward.

Study participants completed online questionnaires and interviews designed to assess the presence and severity of OCD symptoms, the researchers said.

The prevalence of OCD among new mothers peaked approximately eight weeks after delivery at nearly 9%, the data showed.

The study findings suggest that the condition resolves naturally among some women as they become used to parenting, but for others it persists and may require treatment, the researchers said.

However, OCD can go undetected when new parents aren’t asked specifically about infant-related harm, according to the researchers.

By including specific questions about harm to the baby, the researchers were better able to uncover symptoms.

“What really matters now is that we screen for and assess OCD among perinatal women with perinatal-specific questions and assessment methods,” Fairbrother said.

“[Including] questions about intrusive thoughts of infant-related harm … ensures that perinatal women suffering from OCD are not missed and can be directed toward appropriate treatment,” she said.