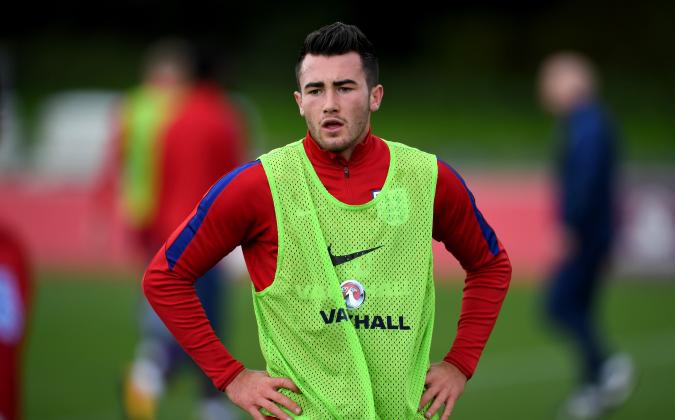 New England Under-21s recruit Jack Harrison is paying to play for his country after almost being grounded by a missed flight.

The New York City forward was late for his original trip from America on Sunday but forked out £1,200 from his own pocket to book himself on the next plane to London.

Harrison then had to come up from Heathrow to St George’s Park near Burton to link up with the Young Lions ahead of their Euro 2019 qualifiers against Scotland on Friday and Andorra next Tuesday, eventually arriving late on Monday.

It was his first call-up after he replaced Sheyi Ojo but Harrison, who had played in New York City’s 1-1 draw at Chicago Fire on Saturday, admitted his plans were initially up in the air.

He said: “We flew back from Chicago and landed at Westchester Airport. I then had to go home and pack a few things before heading to JFK to catch my flight to London. But the traffic was terrible and I ended up missing my flight. I was really disappointed. I thought the best thing was to get over there.

“I tried to contact someone at the FA but it was in the middle of the night over here, so I decided to book the first flight out on Monday morning.

“It was $ 1500 to fly to Heathrow. I hired a car service but they (The FA) changed it because they felt the one they used would be more trustworthy.

Stoke-born Harrison, 20, was on Manchester United’s books as a youngster – playing with Marcus Rashford – before moving to America in 2011 after mum Debbie suggested he should also look after his education.

He studied at Berkshire School in Sheffield, Massachusetts, and joined New York City last year having played for the Wake Forest Demon Deacons while at the University.

“It was a tough one and when my mum first introduced the idea I was really apprehensive. I didn’t want to leave because everyone in that system is just tunnel-visioned and just think about making it to the first team. A lot of players don’t,” Harrison said.

“I was lucky enough to have my mum behind me.”

Now he plays with World Cup winners David Villa and Andrea Pirlo having also counted Frank Lampard as a team-mate with Patrick Vieira his coach.

Harrison has 13 goals in 50 games and earned the nickname Golden Boy by some of the world’s best players.

He added: “It started last year when I recovered from injury and came back with a few goals and some assists. Everyone started calling me ‘Golden Boy’ and David Villa put it out on Twitter. It’s not a bad one at all.”