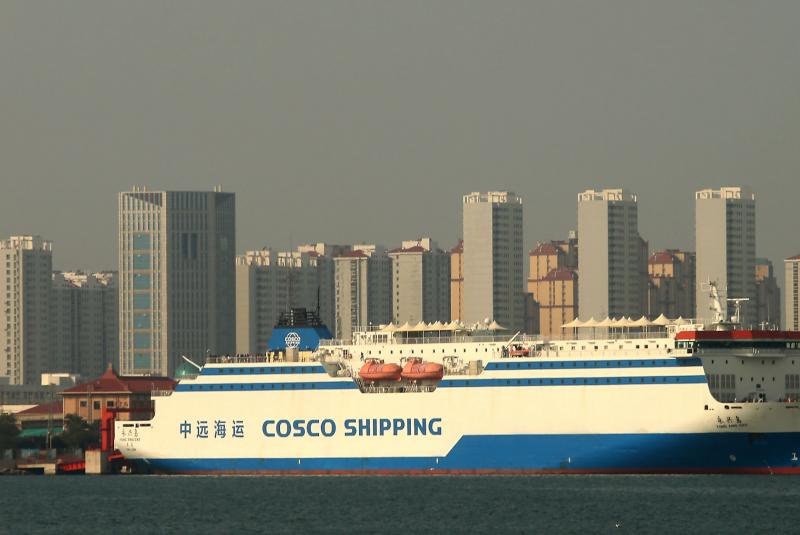 May 7 (UPI) — China produces a whole lot of stuff — stuff that gets bought by the rest of the world. In 2019, China’s exported approximately $ 2.5 trillion worth of goods.

China also produces a lot of CO2. The nation of nearly 1.4 billion people is world’s leader in greenhouse gas emissions.

In a new study, researchers at the University of Michigan examined the links between China’s exports and its CO2 emissions, tracing the carbon footprint of Chinese-made products consumed overseas.

The data — detailed Thursday in the journal Nature Communications — showed 75 percent of the export-linked CO2 emissions can be traced to a handful of coastal manufacturing hubs account for less than 1 percent of China’s land area.

“Developing localized climate mitigation strategies requires an understanding of how global consumption drives local carbon dioxide emissions with a fine spatial resolution,” study co-author Shen Qu, a postdoctoral fellow at Michigan’s School for Environment and Sustainability, said in a news release. “The carbon footprint hotspots identified in this study are the key places to focus on collaborative mitigation efforts between China and the downstream parties that drive those emissions.”

Not surprisingly, the carbon trails of popular exports led Qu and his colleagues to a variety of manufacturing hubs near important ports, including the Shanghai shipping outpost along the Yangtze River Delta and several industrial centers along the Pearl River Delta in northern China.

Some 42 percent of China’s foreign-linked CO2 emissions are caused by the electricity needed to produce popular exports, and much of China’s electricity is still provided by coal-fired power plants.

“Previous studies have linked greenhouse gas emissions to final consumption of products, but primarily at national or regional levels,” said study co-author Ming Xu, an associate professor at SEAS. “Given the increasing importance of non-state actors — provinces, states, cities and companies — in climate mitigation, it becomes increasingly important to be able to explicitly link the final consumers of products to the sub-national actors that have direct control over greenhouse gas emissions.”

The authors of the new study acknowledged that Chinese foreign-linked CO2 emissions are likely to shift somewhat in the wake of the COVID-19 pandemic and amid ongoing trade tensions between China and the United States. However, recent data suggests China’s export growth didn’t slow as much in April as many economists expected.