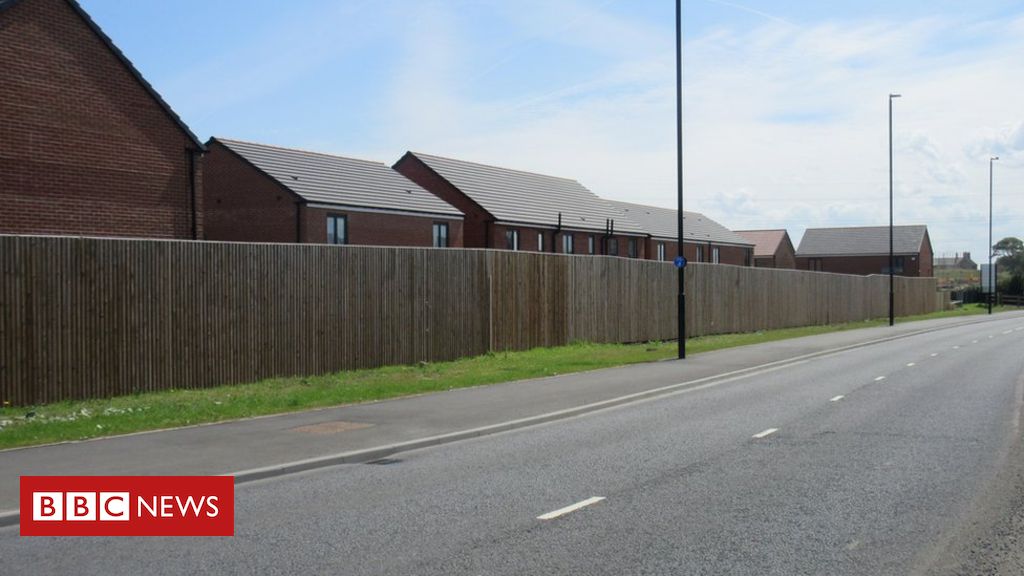 Planners and engineers have been rapped for allowing new housing developments to be dominated by roads.

A report says too many highways engineers are still approving roads that do not fully account for pedestrians and cyclists.

It follows a government survey suggesting three quarters of people think drivers should drive less to protect our health and the environment.

Its author, Prof Matthew Carmona, told BBC News: “Far too many new developments are still all about the car.

“It’s all about making sure cars don’t need to slow down. Pedestrians and cyclists just have to get out of the way.

“It’s an approach from the 1960s. We should be allowing people to walk and cycle to get to local facilities instead of having to get out the car every time. But car-dominated developments are still going up.”

His report concludes that nearly three quarters of 142 developments surveyed should not have been given planning permission.

Prof Carmona continued: “Highways authorities are really problematic – they’re all about getting roads as cheap as possible that can be maintained cheaply – that means large areas of tarmac with no regard for walking and cycling.”

He said many councils had not updated design standards since the 1970s.

And he urged the government to make mandatory its own advisory Manual for Streets, which says: “Streets are not just there to get people from A to B. In reality, streets form vital components of residential areas and greatly affect the overall quality of life for local people.”

The report comes after the government’s own (unpublicised) travel survey suggested that 76% of people agreed with the statement: “for the sake of the environment, everyone should reduce how much they use their cars”.

It is a big jump in public opinion since 2017 when 63% agreed with the statement.

Prof Carmona said: “The government’s drive to deliver more homes is absolutely right – but it mustn’t be delivered at expense of the quality of places.”

His survey judged developments on the basis of green space, local shops and lack of character as well as transport. The work was funded by the countryside charity CPRE and the Place Alliance.

The Local Government Association said: “Standards should future-proof all new homes, ensuring they are environmentally sustainable. The government should ensure homes are built to high standards with the necessary infrastructure in place.”

Andrew Whitaker from the Home Builders Federation told BBC News many of the problems identified by the report were not within the control of the builder.

He said: “Local authorities have an obligation to commit sufficient resources to deal with planning applications efficiently and to work closely with the builder to agree well-designed schemes.

“The overwhelming majority of new home-buyers are happy with their new home and the wider environment around it.”

The government told BBC News it would soon be updating its guidance on roads in the light of its 2050 climate commitments.