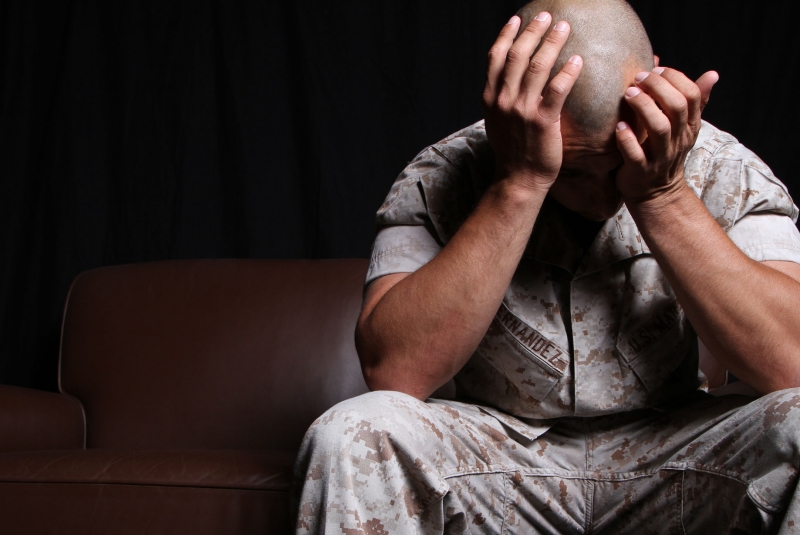 The assessment, which focused on nearly 1.9 million service members that left the military between 2010 and 2017, found that more than 3,000 service of them died by suicide, with the vast majority of them — just over 94% — men.

The study found men were more than three times as likely to die by suicide after transitioning to civilian life than women, the researchers said.

Younger members, 17 to 19 years old, were 4.5 times as likely to die by suicide after leaving the service than older veterans — those 40 years old and older — according to the researchers.

“National leaders at the highest levels of the U.S. government have been concerned about suicide rates among service members transitioning to civilian life,” wrote the researchers, who are from the Veterans Affairs Puget Sound Health Care System in Washington.

“We believe this cohort study provides much-needed data to help inform prevention efforts among this veteran cohort,” they wrote.

More than 78,000 veterans died by suicide between 2005 and 2017, when a high 6,139 suicide deaths were reported, according to the Department of Veterans Affairs.

In addition, suicide rates across the United States have been increasing since at least 2000, and suicide has been the 10th leading cause of death in the country since 2008, the Centers for Disease Control and Prevention reported last month.

To address the issue, several branches of the service, including the Army and the National Guard, have stepped up suicide prevention initiatives, particularly since the start of the COVID-19 pandemic, when leaders became concerned that veterans isolating themselves to prevent infection would as a result stop accessing support services.

Marine Corps veterans were more than twice as likely to die by suicide than those of other branches of the military.

Veterans without a high school degree were 71% more likely to commit suicide, the data showed.

Suicide rates among service members peaked six to 12 months after separation from the military, the data showed.

“This pattern was true for service members who left the Army, Marine Corps or Air Force, [while] the rates for those who last served in the Navy peaked three to six months after their transition,” the researchers wrote.

“After transition, veterans can face challenges in a variety of areas, including employment, finances, mental health, access to health care and social support.”