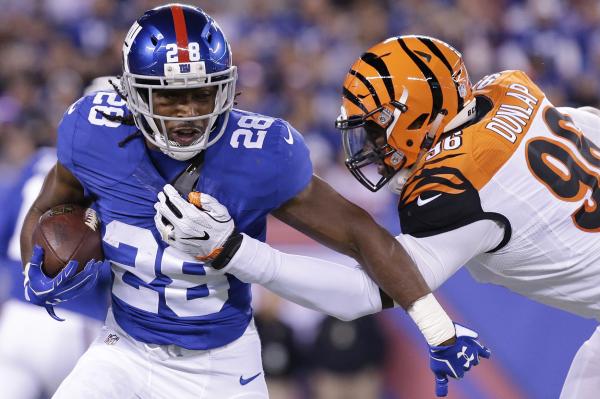 The move was expected after Perkins underwent surgery for a non-football injury and New York’s subsequent decision to draft Penn State running back Saquon Barkley with the No. 2 overall pick in last month’s NFL Draft.

Perkins suffered a pectoral injury prior to the start of the team’s offseason program. The Giants did not offer a timeline for a return to football activities following the surgery.

Expected to compete for a starting job in 2017, Perkins mustered just 90 rushing yards and eight receptions in 11 games in 2017. He was inactive in four games and did not appear in another.

With Barkley expected to be the starter for the 2018 season, New York still has a pair of experienced backs in veteran Jonathan Stewart and Wayne Gallman.