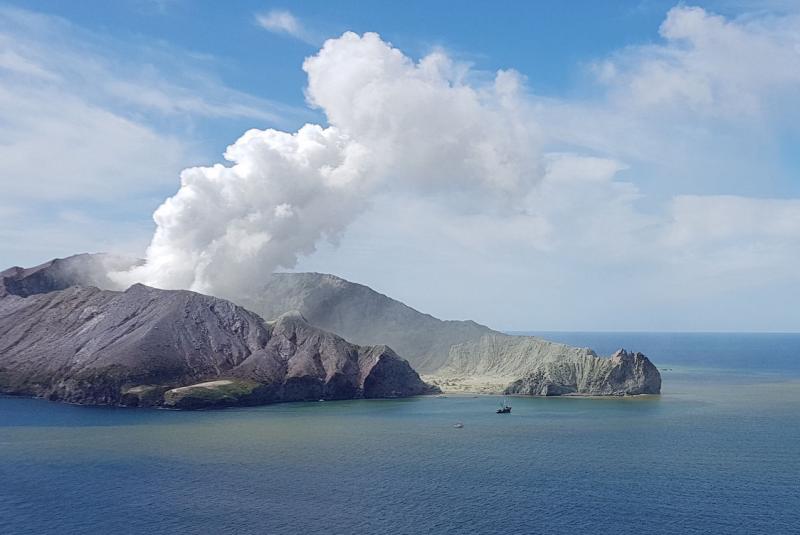 Dec. 12 (UPI) — New Zealand Police said they are finalizing a plan to recover the bodies of eight people on Friday morning from White Island despite worsening conditions on the volcanic island and an increasing probability of a second eruption.

Deputy police commissioner John Tims said in a statement read by Civil Defence Emergency Management Director Sarah Stuart Black during a press conference that he was briefing families on the plan Thursday afternoon.

GNS volcanologists Graham Leonard said the status of the island known locally as Whakaari was uncertain, volatile and worsening with the probability of a second eruption within the next 24 hours increasing from 40-60 percent for Wednesday to 50-60 percent on Thursday as there is an ongoing and increasing tremor.

“Today is less safe than yesterday and the day before,” he said, adding that GNS has declined to advise police on the mission. “The police make their own decisions.”

Black said she stands by the police and it was their decision to carry out the mission despite the risks involved.

“This is a police decision,” she said. “They will take account of the risk assessment and taken all of those risk factors and informing their decision but at the end of the day it will be their decision and I will support them.”

There are more than 20 government and support agencies providing assistance to the response, Black said, and each is “100 percent committed to the recovery and return of the bodies of those still on the island.”

The death toll has risen to eight after two U.S.-born brothers died from injuries sustained during the Monday eruption.

Matthew, 13, and Ben, 16, Hollander died in hospital. Their parents, Martin and Barbara, are missing, according to the boys’ Knox Grammar School in Australia where they moved to six years ago from Chicago.

Meanwhile, nearly two dozen people remain in the hospital. Forty-seven tourists, including nine Americans, were on the island Monday when it erupted.

“They continue to require the highest level of care and a small number are very unwell,” he said.

Seven Australian patients have been repatriated to their home country where they continued to receive medical attention and another six will be returned by medically equipped aircraft within the next 24 hours, significantly reducing the pressure on New Zealand’s taxed burn wards, he said.

Deputy police commissioner Mike Clement said earlier Thursday that a group of scientists and emergency personnel were hashing out a plan to recover the eight bodies still on the island.

“We are all equally committed to finding a solution that safely gets us on to the island so we can recover the people we believed to be deceased on that island and return those people after the identification process to the families,” he said. “That is the highest priority for us.”