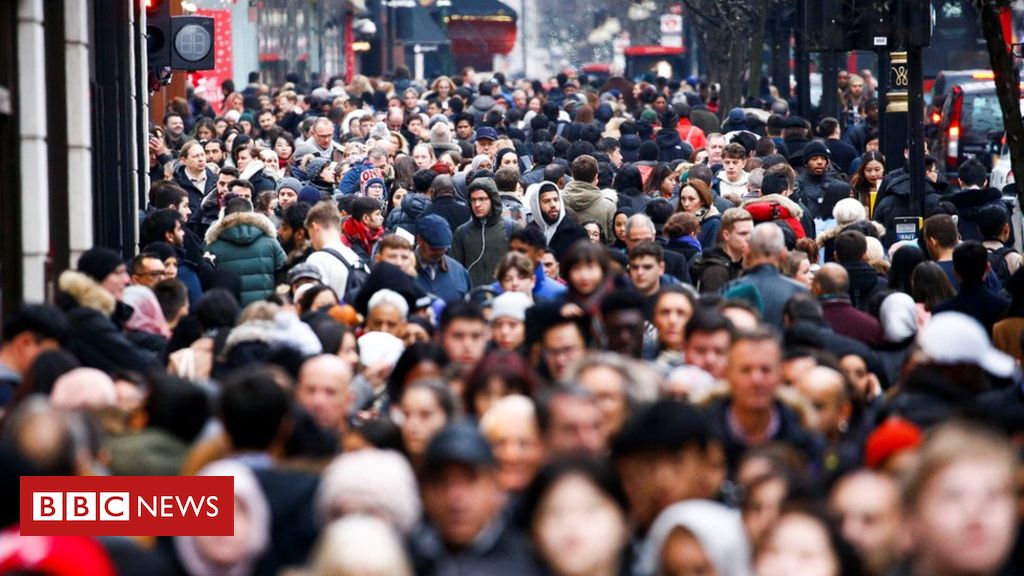 High borrowing means the next government is set to bust rules on spending, the Institute for Fiscal Studies (IFS) has said.

The gap between what the government spends and what it receives was now set to be much higher than expected, the think tank warned.

Higher public spending, slower growth and changes to the way student loans are counted have pushed up borrowing.

IFS director Paul Johnson said it left little room for election giveaways if the parties wanted to keep within the current spending rules.

“At some point it becomes unsustainable, you’ve got to stop it going up at some point especially when you know big spending pressures are coming down the road,” he added.

Currently the rules state that borrowing should remain below 2% of national income.

Chancellor Sajid Javid has already suggested he is prepared to borrow more to take advantage of current record-low borrowing costs, and has previously said he plans to review the borrowing rules.

But the Budget – due to be on 6 November – was postponed due to the withdrawal of the government’s Brexit bill and the election being called.

But the IFS said Mr Javid would have faced a far more challenging “fiscal backdrop” if his budget had gone ahead.

It said that back in March, the Office for Budgetary Responsibility (OBR) – whose independent forecasts inform government spending decisions – had predicted that borrowing would “continue to fall”.

However, the IFS said, since then “the outlook for borrowing has risen”.

Based on its own sums, it said it now expected the deficit – the difference between what the government spends and what it receives – to be higher in each of the next five years, exceeding £55bn this year and £50bn next.

This was due to already announced public spending increases from the recent Spending Review; downgrades to growth; and changes to the way student loans are calculated, which have pushed up borrowing.

While the existing OBR forecasts from March show borrowing low and falling close to zero, the IFS points to a scenario showing the deficit much higher in every year and remaining in a range around £45-50bn for five years.

This reflects an important accounting change to student loans, essentially scoring write-offs of billions in loans likely not to be repaid now rather than decades into the future. The Spending Review boost to police and schools is also taken into account, and so is a forecast for a weaker economy than thought back in March.

This breaks existing borrowing constraints on day-to-day borrowing. And in the world of the last three general elections, we would have seen pressure to cut spending or raise taxes.

It is not clear that any of the major parties will follow that logic during this campaign. In fact, the mood music so far is that further tax cuts or spending rises are coming. The parties are competing, not on prudence, but on how and what to spend it.

Expect a particular emphasis on government spending for the future: on infrastructure, on building up the nation’s assets – investment spending, whether it’s on hospitals or on trying to solve climate change. This has often been exempted from government borrowing rules.

At the moment, the target that national debt should be falling as a proportion of the economy would prove a constraint on such spending. The latest IFS figures show the national debt stabilised, but barely falling.

Both main parties appear to be contemplating significantly more investment spending, to take advantage of low market lending rates to governments around the world. It was a policy that was the talk of the recent IMF conference. And this too would be likely to mean the end of the existing rule on national debts.

The other development, postponed because of the cancellation of Wednesday’s Budget, was the publication of new fiscal rules. We haven’t yet had them from the government, we also await the same from Labour.

But this new election campaign means new rules, too, on tax and spend.

The IFS added that instead of the deficit halving over five years, as per the OBR’s March forecast, it would more likely remain stuck at around £50bn.

This would see the government breach its own 2% ceiling on borrowing in 2020-21, and end “the era of deficit reduction”.

“With interest rates very low then we may be in a position to cope with higher debt if it is accumulated as a result of effective investments which result in higher growth,” the IFS said.

“However, debt cannot go on rising forever, and debt incurred simply to pay for current spending is not going to offer a return to future generations to cover the increased burden on them.”

“Moreover, demographic pressures will increase debt further in the medium term unless taxes are increased or spending is cut to accommodate those pressures.”

A report this week from the Resolution Foundation said both main parties were “gearing up to turn the spending taps back on”.

However, it said this was likely to send government spending back towards 1970s levels over the next parliament – whichever party wins in December.

The think tank, which aims to promote higher living standards for people on low and middle incomes, said both parties faced “huge questions” about how they would fund their plans.

For example, it said that Labour had specified £49bn of tax rises, which were unlikely to be enough to cover its likely spending.

Meanwhile, it said the Conservatives had placed more of an emphasis on tax cuts – leaving an “even bigger funding question” over their economic plans.