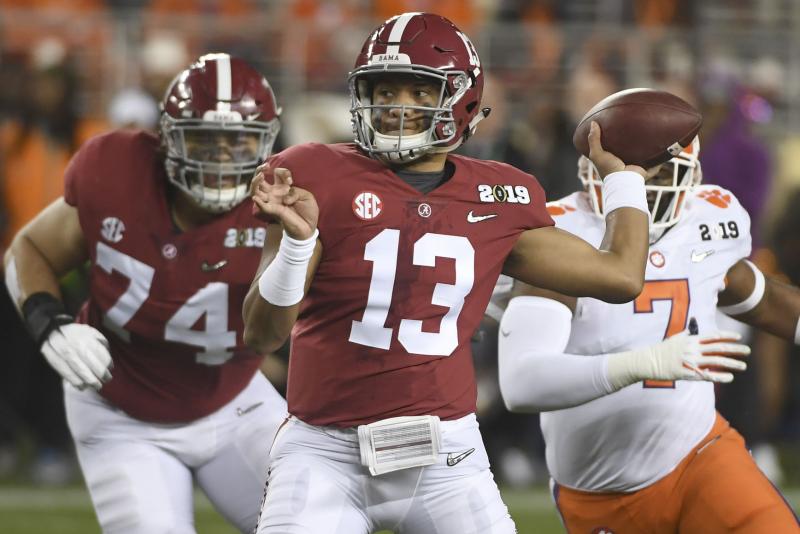 April 16 (UPI) — Miami Dolphins general manager Chris Grier said the team will prioritize the game film of prospects over what they did at the combine and in other settings when it considers selections for the 2020 NFL Draft.

“We have an idea of who we like,” Grier said. “But again, we want to make sure we have all the information. We have medical meetings coming up in the next couple of days.”

The Dolphins are one of the most well-stocked NFL teams ahead for total selections. Miami has the Nos. 5,. 18 and 26 picks in the first round, as well as two second-round selections and nine picks from the third through seventh rounds.

Prospects and NFL teams are in unfamiliar territory this off-season due to the coronavirus pandemic.

March and April typically are reserved for in-person meetings, workouts and medical testing, but those have been transformed into video conferences, phone calls and text messages as Americans follow social distance guidelines and stay-at-home orders.

Despite the limited exposure to the prospects, Grier said the Dolphins are “working through” the altered off-season and using footage from college performances as the decisive factor in evaluating players.

“This year is not any different than any other year,” Grier said. “The [game] tape really shows what the player is. The combine and all of the other stuff gives you a little clearer picture, but at the end of the day, it’s about what the guys do on the field.”

The Dolphins also could trade some of their draft pick capital for additional picks or higher picks in specific rounds.

Grier said the Dolphins have not finalized their draft board, which would include a ranking of players they like best. Grier will receive final reports from scouts and others analyzing the prospects before that is done.

Tagovailoa was the favorite to be the No. 1 overall pick in the 2020 Draft before the 2019-2020 college football season. The Crimson Tide standout sustained a season-ending hip injury in November.

Tagovailoa’s history of injuries is a concern for NFL teams but it is also just one factor teams like the Dolphins are weighing as they consider who to draft.

Former LSU quarterback Joe Burrow vaulted to the top of draft boards after a Heisman Trophy-winning campaign last season and is expected to be the top pick.

“Historically, it can go all over the place,” Grier said of selecting players who have been injured in college. “You always want the talent. You also talk about the kid — the person and his work ethic. You do look at injuries. It is a factor, [depending on] the position he plays. “Every decision has to be weighed with that.”

Tagovailoa completed 69 percent of his throws for 3,966 yards, 43 scores and six touchdowns in 15 games in 2018 at Alabama. He passed for 2,840 yards, 33 scores and three interceptions in nine games last season.

Herbert completed 66.8 percent of his throws for 3,471 yards, 32 scores and six interceptions in 14 games last season at Oregon.