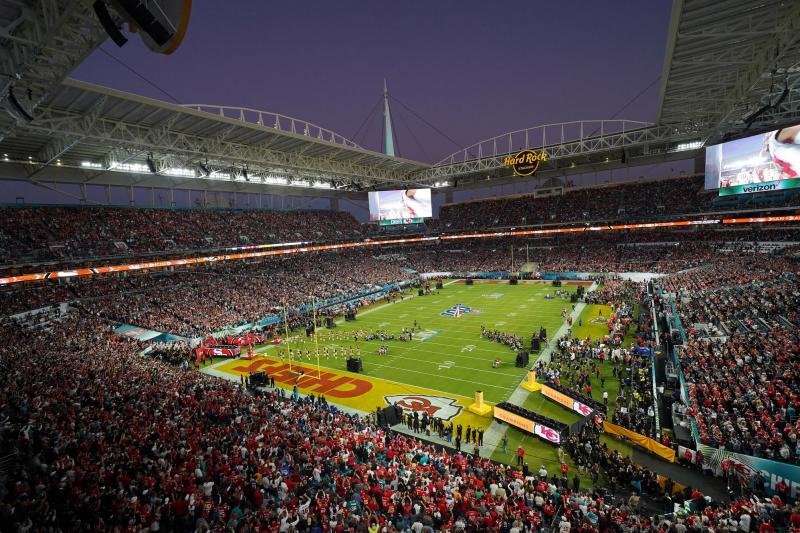 Feb. 20 (UPI) — NFL owners approved the negotiated terms of a new collective bargaining agreement proposal between the league and the NFL Players Association, the NFL said in a statement Thursday.

All 32 NFL owners met Thursday in New York City for an update on the current CBA proposal. With league ownership accepting the terms, the vote will be sent to the players union ahead of a potential agreement between the parties.

Three-fourths of the owners must agree to the collective bargaining agreement for it to be ratified. According to ESPN, the proposal didn’t receive unanimous approval but garnered enough support to pass.

The league’s statement Thursday read, “Following more than ten months of intensive and thorough negotiations, the NFL Players and clubs have jointly developed a comprehensive set of new and revised terms that will transform the future of the game, provide for players — past, present, and future — both on and off the field, and ensure that the NFL’s second century is even better and more exciting for the fans.

“The membership voted today to accept the negotiated terms on the principal elements of a new Collective Bargaining Agreement. The Players Association would also need to vote to approve the same terms for there to be a new agreement.

“Since the clubs and players need to have a system in place and know the rules that they will operate under by next week, the membership also approved moving forward under the final year of the 2011 CBA if the players decide not to approve the negotiated terms. Out of respect for the process and our partners at the NFLPA, we will have no further comment at this time.”

NFLPA team player representatives and the players union’s executive council are expected to hold a conference call Friday to vote on whether to approve or deny the NFL owners’ proposal.

If two-thirds of the NFLPA’s player reps accept the terms, the proposal would advance to the next stage, in which all players in the league would vote and a simple majority would be needed to approve it.

According to an NFLPA memo obtained by ESPN and NFL Media, some of the key terms included in the proposal are the elimination of any game suspensions for positive marijuana tests, a reduction in the number of players tested for marijuana, “gambling definitions” that ensure players receive a portion of gambling revenue and alterations to training camp.

The proposed CBA also would allow the NFL to expand the regular season from 16 games to 17 at some point in the next four years, according to ESPN. Under the proposal, the playoff field would expand to 14 teams starting in 2020, and the preseason would eventually be shortened to three games instead of four.