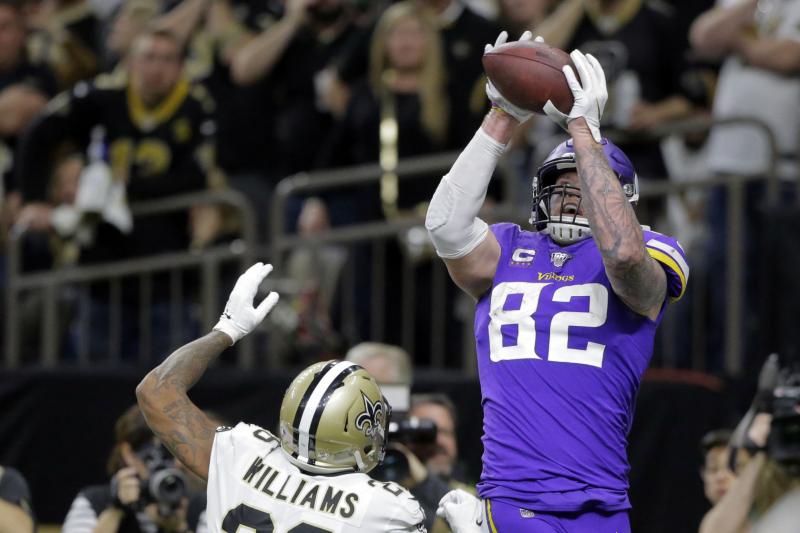 Kirk Cousins found tight end Kyle Rudolph in the back of the end zone in overtime for the game-winning touchdown. The Vikings will play the top-seeded San Francisco 49ers on Saturday in the divisional round.

It marked the second consecutive time the Saints’ season ended in overtime in the Superdome. New Orleans’ early exit at the hands of the Vikings came almost a year after the Saints lost in the NFC title game to the Los Angeles Rams.

Vikings tailback Dalvin Cook recorded 130 yards from scrimmage and notched two touchdowns on the ground. Cousins completed 19-of-31 passes for 242 yards and one touchdown.

The Vikings took their first lead of the game after a 21-yard field goal by Bailey and a 5-yard touchdown run by Cook before halftime.

With Minnesota at the Saints’ 1-yard line, Cook added his second score on the ground late in the third quarter to push the Vikings’ lead to 20-10.

The Saints answered with Brees’ 20-yard touchdown pass to Hill with 10:31 left in the fourth quarter. Lutz sent the game into overtime after his 49-yard field goal tied the score 20-20.

On the opening possession in the extra quarter, Cousins threw a pinpoint pass to receiver Adam Thielen for a 43-yard gain. The deep strike put the Vikings at the Saints’ 2-yard line and set up Rudolph’s game-winning touchdown grab.

Brees completed 26-of-33 throws for 208 yards with one touchdown, one interception and a lost fumble. Michael Thomas tallied 70 receiving yards on seven receptions.