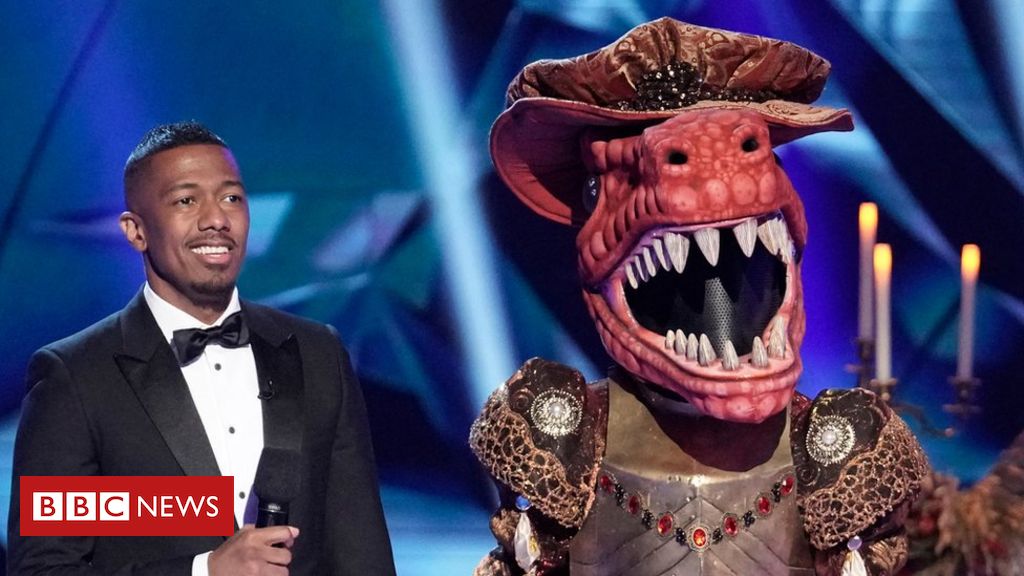 Nick Cannon will continue to host the US version of the hit TV show The Masked Singer, despite anti-Semitic comments he made on a podcast.

TV Network Fox confirmed he would keep his job after the presenter apologised, saying he was “ashamed” of his remarks.

Earlier in the week, he was fired from his MTV show Wild ‘N Out, and ViacomCBS said it would no longer work with him.

The controversy arose after Cannon discussed anti-Semitic conspiracy theories on his podcast.

He was interviewing a former member of the rap group Public Enemy, Richard Griffin aka Professor Griff, who who left the group in 1989 after saying Jews were “wicked”.

‘Wrong side of history’

During their discussion, Griffin claimed that he was talking about Jews controlling the media, saying: “I’m hated now because I told the truth.”

Cannon, who called Griffin a “legend,” said: “You’re speaking facts. There’s no reason to be scared of anything when you’re speaking the truth.”

He also said the “Semitic people are black people”, and that: “You can’t be anti-Semitic when we are the Semitic people.”

After the podcast surfaced, Cannon was dropped by ViacomCBS, which owns MTV. The media giant said in a statement that they condemn “bigotry of any kind and we categorically denounce all forms of anti-Semitism”.

Although Cannon said he did not “condone hate speech nor the spread of hateful rhetoric”, he also criticised ViacomCBS, saying the company was “on the wrong side of history”, and insisting that he had been “attempting to highlight” the problem of “systemic racism” in his podcast.

He added that he had reached out to ViacomCBS chair Shari Redstone to apologise, although a company spokesperson said this was “absolutely untrue.”

In a second statement, posted to social media on Wednesday night, the presenter gave a more comprehensive apology.

“First and foremost I extend my deepest and most sincere apologies to my Jewish sisters and brothers for the hurtful and divisive words that came out of my mouth during my interview with Richard Griffin,” he wrote.

“They reinforced the worst stereotypes of a proud and magnificent people and I feel ashamed of the uninformed and naïve place that these words came from. The video of this interview has since been removed.”

Cannon went on to say that he had “committed to deeper connections, more profound learning and strengthening the bond between our two cultures”.

In a statement, Fox confirmed that Cannon would remain as the host and executive producer of The Masked Singer following his apology.

“When we were made aware of Nick Cannon’s interview with Richard Griffin on YouTube, we immediately began a dialogue with Nick,” the network said.

“He is clear and remorseful that his words were wrong and lacked both understanding and context, and inadvertently promoted hate. This was important for us to observe.

“Nick has sincerely apologised, and quickly taken steps to educate himself and make amends. On that basis and given a belief that this moment calls for dialogue, we will move forward with Nick and help him advance this important conversation, broadly.

It added: “Fox condemns all forms of hate directed toward any community and we will combat bigotry of any kind.”