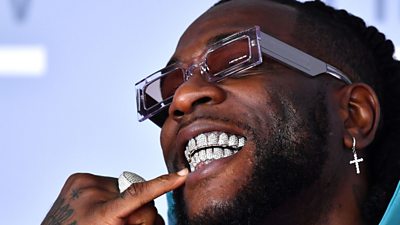 Nigerian artist Burna Boy has won the Best Global Music Album category at the 63rd Grammy Awards after being nominated for a second consecutive year.

The singer is one of the most successful African artists in the world. He hit the music scene in 2012, after releasing the album ‘L.I.F.E’.

The singer talks to BBC News Africa about winning, his album “Twice As Tall” and the importance of Africans telling their own stories.

Filmed and edited by Joshua Akinyemi