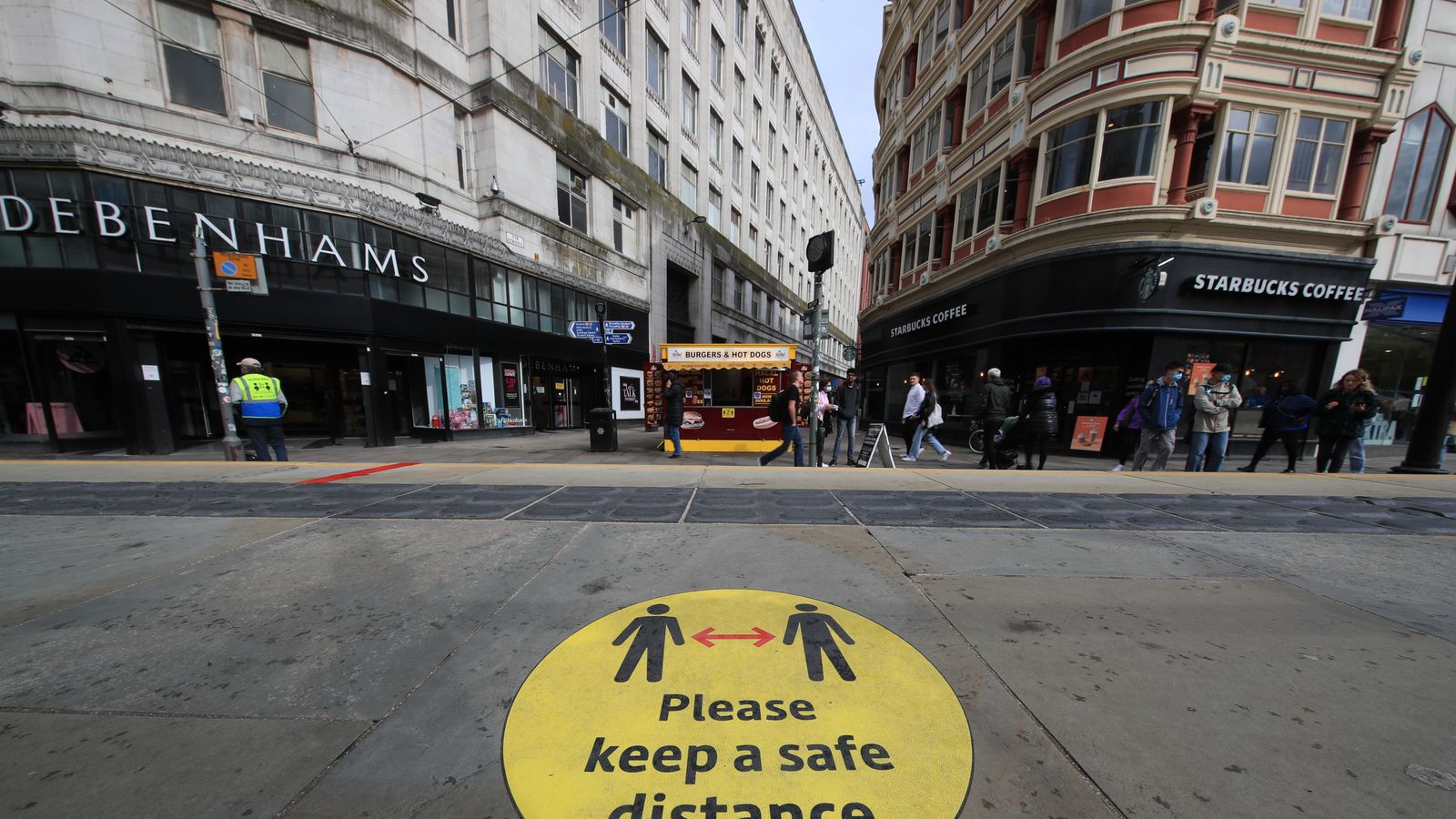 A “short, sharp” two-week lockdown over the October half-term could prevent more than 7,000 deaths, according to a paper by two of the government’s leading scientific advisers.

The paper, which has not been peer-reviewed, suggests that a full lockdown, with stay-at-home orders and school closures, could reduce COVID-19 deaths from 19,900 to 12,100 over the rest of the year.

It also suggests hospitalisations could be reduced from 132,400 to 66,500, assuming moderate growth in the infection rate.

The findings have been used to support Labour leader Sir Keir Starmer‘s warning that without a “circuit breaker” lockdown Britain will “sleepwalk into a long and bleak winter”.

But the paper does not consider crucial factors which would determine the success of any restrictions, including the level of public support, and what action would be taken during the “precautionary break” to ensure further restrictions aren’t needed in future.

“A precautionary break is not a lasting control measure, but effectively buys more time to put other controls in place; it takes us ‘back to a time when cases were lower'”, said the paper’s authors.

“The reduction in cases also allows measures which are resource limited (such as test-trace-and-isolate) to potentially have a greater impact.”

One of the paper’s authors, Graham Medley of the London School of Hygiene and Tropical Medicine, attends SAGE, the government’s most senior committee for scientific advice. Another, Matt Keeling of the University of Warwick, is a member of modelling committee SPI-M.

Their model predicted that the impact of the lockdown would be greater if the infection rate was growing faster, saving as many as 107,000 deaths in the most extreme case – although the scientists stress that this is not a realistic possibility, as “the worst-case scenarios would never be allowed to continue without intervention”.

Stricter lockdowns are more effective, they found. A less strict lockdown, where schools stayed open but hospitality venues were closed, would have less impact, the scientists estimate, cutting deaths to 15,600 under the moderate growth scenario.

The scientists also conclude that lockdowns work better if they are introduced earlier.

“There are no good epidemiological reasons to delay the break,” they write. “This will simply push back any benefits until later, leaving more time for additional cases to accumulate.”

Asked on Sky News this morning whether the government was considering such a measure, cabinet minister Therese Coffey said: “I do not believe that the Prime Minister wants to set off on a national lockdown,” adding that the move would “not be fair” on areas where the rate of infection is low.