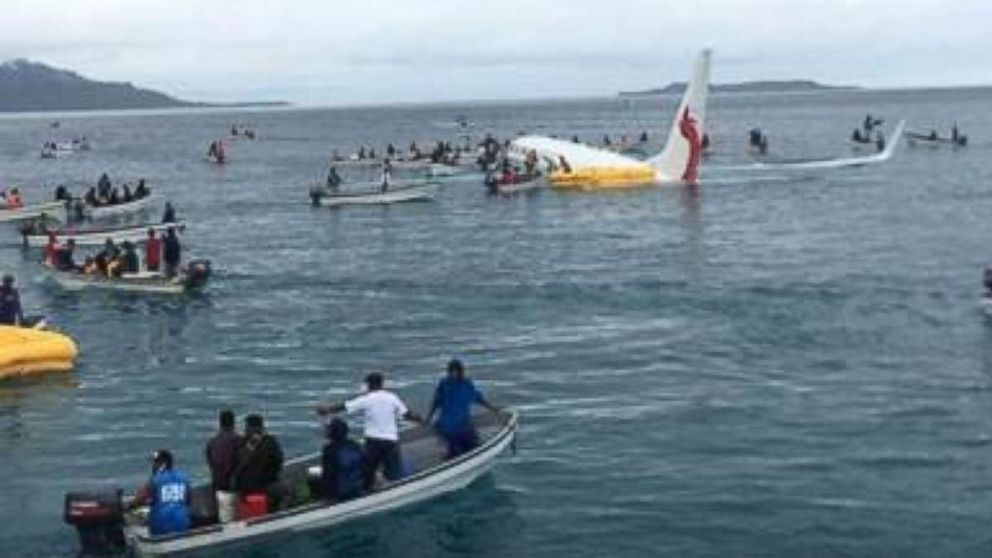 No serious injuries were reported among those traveling on a Boeing 737 that landed about 150 yards short of a runway off the coast of Micronesia, according to the Federal Aviation Administration.

Air Niugini, the official state airline of Papua New Guinea, confirmed in a statement that the aircraft “landed short of the runway whilst landing at Chuuk Island of the Federated States of Micronesia this morning.”

“Air Niugini can confirm that all on board were able to safely evacuate the aircraft,” the statement continued. “The airline is making all efforts to ensure the safety and immediate needs of our passengers and crew. Further information will be provided as it becomes available.”

The jet contained 35 passengers and 12 crew members, according to Jimmy Emilio, the airport manager of Weno International Airport in Chuuk. An earlier FAA report said 46 people were aboard.

The flight from Pohnpei, Micronesia, to Chuuk usually takes about one hour.

Authorities are investigating the incident.

Thirty-five passengers and 12 crew members are all accounted for, according to officials at Weno International Airport. https://t.co/zIClZlNtug pic.twitter.com/rtrj90SkIK