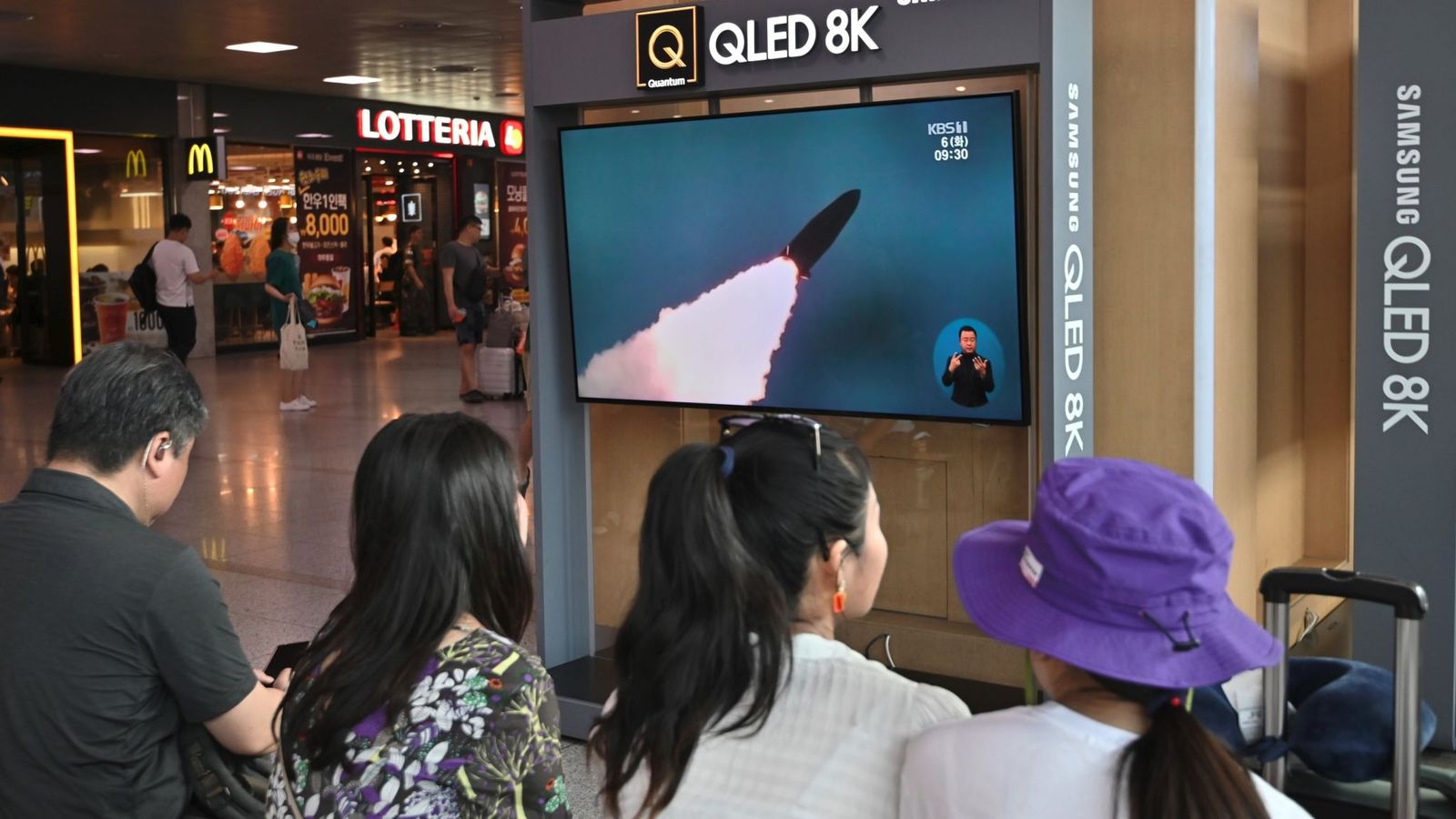 North Korea has test fired two more ballistic missiles, the fourth round of weapons launches in less than two weeks.

South Korea’s joint chiefs of staff said the latest missiles were launched from an area in the North’s western region and travelled about 279 miles (450km) before crashing into the sea off the country’s eastern coast.

The recent wave of missile tests comes against a backdrop of stalled nuclear disarmament talks with the US and joint military exercises between the US military and South Korean forces.

The North regards such drills as an invasion rehearsal and in a statement an unidentified spokesperson said Pyongyang remained committed to dialogue, but it could seek a “new road” if the allies do not change their positions.

“It is too axiomatic that a constructive dialogue cannot be expected at a time when a simulated war practice targeted at the dialogue partner is being conducted,” said the statement released by Pyongyang’s official Korean Central News Agency.

“We remain unchanged in our stand to resolve the issues through dialogue. But the dynamics of dialogue will be more invisible as long as the hostile military moves continue.”

South Korea and the US have scaled down their major military exercises since the first summit between North Korean leader Kim Jong Un and President Donald Trump in June 2018 in Singapore to create space for diplomacy.

But the North insists even the downsized drills violate agreements between the leaders.

Nuclear negotiations have stalemated since the collapse of the second Trump-Kim summit in Vietnam in February over disagreements in exchanging sanctions relief and disarmament.

The North’s recent tests have dampened the optimism that followed the third summit between Mr Trump and Mr Kim on 30 June at the inter-Korean border.

The leaders agreed to resume working-level nuclear talks, but there have been no known meetings between the two sides since then.