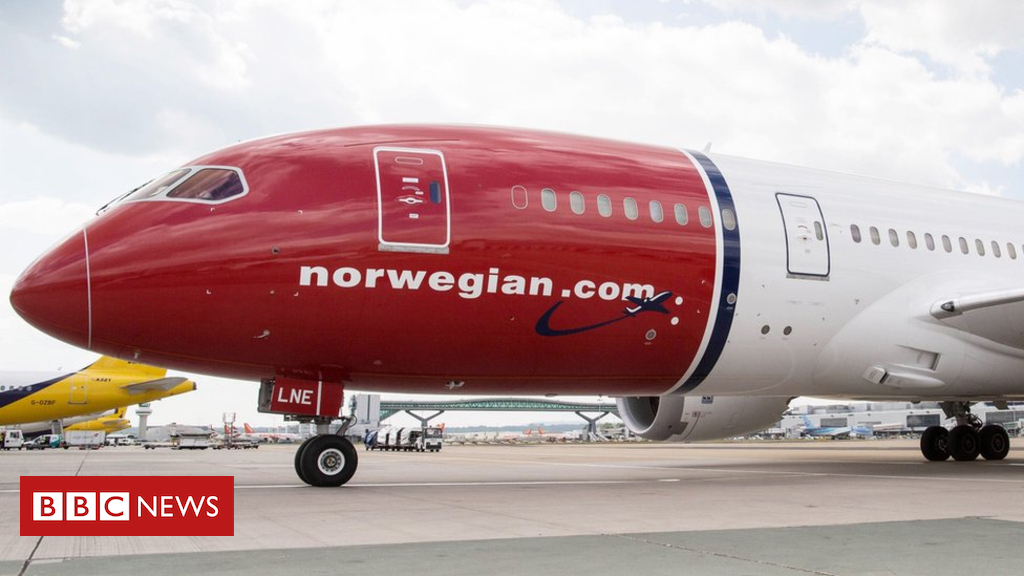 The news comes as the company announced that its preliminary earnings for 2018 showed an operating loss of roughly 3.8bn kroner.

The budget carrier said it was not in talks with any potential buyers after British Airways owner IAG abandoned its plans to buy it last week.

In early trading on Tuesday, the company’s shares plunged by 16%.

Billionaire John Fredriksen and the airline’s chief executive Bjorn Kjos and chairman Bjorn Kise have all agreed to underwrite the issue.

Mr Kjos explained that the airline was going to change its strategic focus from growth to making cost savings.

“We will now get in place a strengthened balance sheet that supports the further development of the company,” he said.

In a statement, the airline added that this would “increase its competitiveness and stand-alone financial strength”.

The carrier confirmed that flights were unaffected by the news.

A rights issue happens when existing shareholders of a company are offered the chance to buy new shares at a special price.

Fares on the 14-hour trip to Buenos Aires started from £259 one-way.

The company started as a small regional airline flying between Bergen and Trondheim in 1993.

Mr Kjos turned it into Scandinavia’s largest airline and the third-biggest budget carrier in Europe.

Norwegian’s price strategy has been based on flying a young fleet of aircraft such as Boeing’s 787 Dreamliner, which burn less fuel per passenger compared with other long-haul aircraft.

These offer passengers a more upmarket experience than they may have come to expect from a budget airline, with modern interiors and the benefit of free wi-fi on all routes in the future.

Budget airlines have had differing fortunes in recent months.

In November, EasyJet announced a 41% rise in pre-tax profits to £578m for the year to 30 September.

And earlier this month, it said that it expected its full-year profits to meet City forecasts.