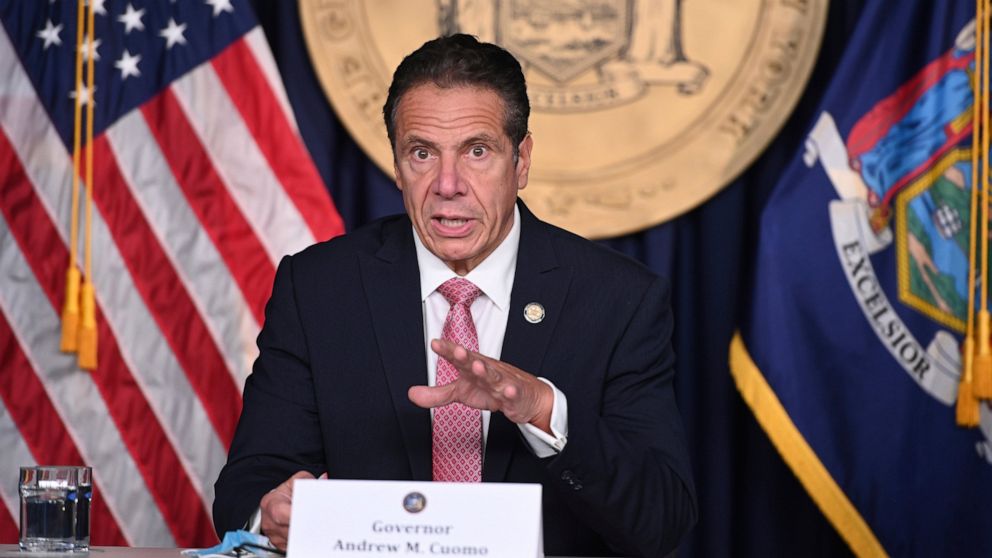 New York state’s daily count of new coronavirus cases has topped 1,500 for the first time since late May

Officials are increasingly concerned about virus flare-ups in some places, mainly parts of New York City and suburban Rockland and Orange counties. Although an often-cited measure of the virus’ spread — the percentage of tests that come back positive — was about 1.3% statewide on Thursday, it was 6.4% in a group of 20 ZIP codes under scrutiny, Cuomo said. And the raw number of new cases reported statewide on Thursday hit 1,598, the most since May 27, when about 65,000 New Yorkers were tested, compared to 119,000 on Thursday.

“The hot spots are a significant problem,” Cuomo said Friday in a conference call with reporters, and “compliance is not where it needs to be.”

The Democratic governor has complained for days that local governments haven’t been cracking down enough on violations of state virus safety regulations. He ratcheted up pressure Friday by saying the state health commissioner would tell local officials in hot spots that they have to step up enforcement and can be fined up to $ 10,000 a day if their efforts are found wanting.

“We’re enforcing guidelines with the speed and rigor this crisis demands – not because we fear fines, but because we know our measures will help combat this crisis,” mayoral spokesman Mitch Schwartz said in a statement.

Mayor Bill de Blasio said Tuesday he was dispatching hundreds of city workers to the zones of concern to hand out masks and issue fines if people refused to put them on in places where they could be within 6 feet (1.8 meters) of others.

Some 130 warnings and 16 violation citations were issued Wednesday alone, according to the mayor. Among other steps, the city has also told businesses they can be shuttered for “repeated noncompliance.”

New York was an early epicenter of the coronavirus in the U.S., reporting about 800 deaths daily statewide on some days in early April. The surge was wrestled down to fairly low transmission by summer, remaining stable for months as New York officials held up the state as an example of a successful response.

Deaths from COVID-19 now total in the single digits or very low double digits per day; seven were reported Thursday.

But the number of positive tests has been ticking up in recent weeks. The tally topped 1,000 on Sept. 25, for the first time since June 5.