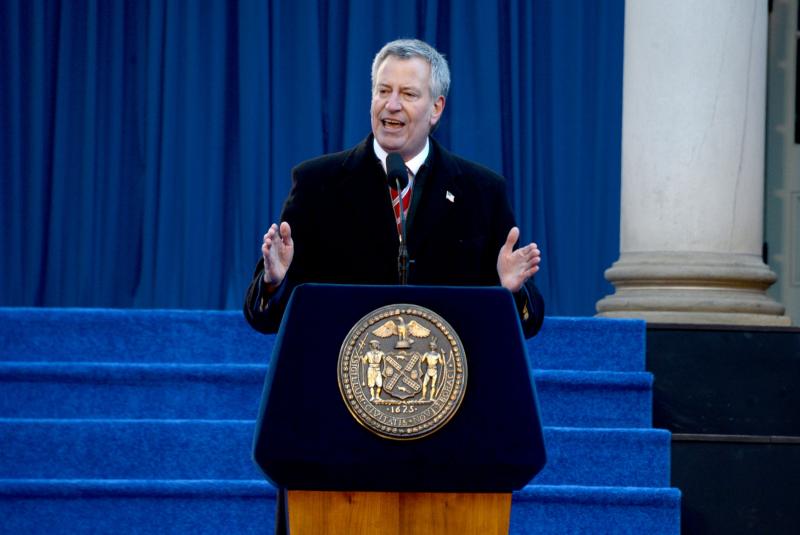 The declaration requires people living in the Williamsburg section of Brooklyn to receive the measles-mumps-rubella, or MMR, vaccine to help curb the spread of the virus.

The city’s health department will check vaccination records of people suspected of making contact with infected patients. Anyone without a vaccination or proof of immunity from the virus could receive a $ 1,000 fine.

Since last October, the community has seen 285 cases of measles, prompting the city to order child care centers and yeshivas in Jewish communities throughout Williamsburg to keep non-vaccinated children from attending until the outbreak subsided.

“There’s no question that vaccines are safe, effective and life-saving,” de Blasio told reporters. “I urge everyone, especially those in affected areas, to get their MMR vaccines to protect their children, families and communities.”

In January, one yeshiva broke compliance with the city mandate, leading to more than 40 new cases of the measles.

Following that outbreak, the health commissioners office issued orders for all yeshivas in Williamsburg to exclude non-vaccinated children from attendance.

“Measles is a highly contagious viral disease that can result in serious health complications, such as pneumonia and swelling of the brain,” Oxiris Barbot, commissioner of the New York City Health Department, wrote in the order. “About a third of reported measles cases have at least one complication and in some cases, measles can cause death.”

So far, most of the cases have affected children under age 18. Only 39 cases involve adults.

The order could be lifted as soon as April 17, when the city’s health board plans to meet next.

Leading into the Passover holiday, when many will gather at temples and homes for services and seders, the health department is calling on New Yorkers, particularly people in the Orthodox Jewish community, to get the MMR vaccine.

Health officials are also urging people to vaccinate their children if they plan on traveling to upstate New York, Israel, Europe or other parts of the U.S. where outbreaks are occurring.

Throughout the U.S., 465 cases of measles have been reported across 19 states, according to the Centers for Disease Control and Prevention.