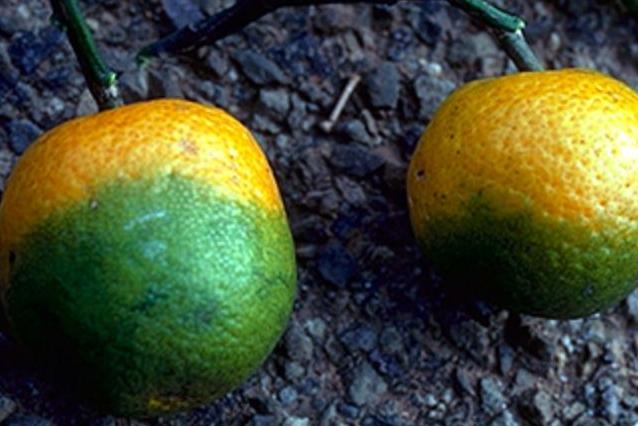 ORLANDO, Fla., Jan. 29 (UPI) — Scientists in Florida have confirmed what some citrus growers suspected for years — that oak trees could inhibit citrus greening disease, which has brought the once-thriving Florida industry to the brink of collapse.

Oak leaves represent “the first potential organic cure” for the destructive tree sickness, said Lorenzo Rossi, a University of Florida biologist and co-author of a study published in the January issue of the journal Plant Physiology and Biochemistry.

Research over the past year at a University of Florida greenhouse in Fort Pierce showed that citrus trees recovered from citrus greening when sprayed and drenched with treated water twice a week for two months. The water was treated by steeping chopped oak leaves in it overnight, allowing leaf compounds to leach out, according to the published findings.

“We all are watching closely, and it sounds promising,” Meadows said. “This has been a curiosity in the industry for a year now” as word of the study traveled through the farming community. “Growers knew that oak trees provided some protection, but not why.”

According to the oak leaf study findings, citrus leaves treated with oak extracts showed a decrease in the presence of bacteria with more chlorophyll and plant nutrition. Treated trees were better able to digest nutrients than were citrus plants treated only with water.

Industry experts say the decline mostly is attributable to citrus greening, although other contributing factors, such as sprawling development, come into play. The disease arrived with a bug, the Asian citrus psyllid, which bites leaves or young branches of trees to eat their sap.

Growers tried a wide variety of defenses besides pesticides with little effect. Previous approaches included spraying the trees with kaolin clay, covering them with screening, releasing a wasp from Asia that eats the psyllid and studying Guava trees for resistant compounds. But citrus greening kept spreading.

Central Florida grower Edward James, whose grove is about 40 miles northwest of downtown Orlando, said he knew about the benefits of having an oak tree near citrus trees. But he cautioned that oak leaves are not the only solution.

“Oak leaf does work, and it’s a lot better way to manage this than what we’ve been doing by spraying pesticides, among other things,” James said. “But that’s not the only solution. There’s no one magic bullet.”

James said citrus trees that grow wild in forests, though rare, have survived citrus greening. Besides oak trees, he has focused on cover crops, which entails growing other plants in the rows between citrus, like legumes, that restore nitrogen naturally to the soil. James has hosted demonstrations at his farm for the University of Florida.

There still is a long way to go in understanding the success of the oak leaf study, biologist Rossi said. For example, the university’s research was limited because it took place with young trees kept in a greenhouse.

“We are mimicking what happens in nature the best we can,” Rossi said. “There are no artificial chemicals. It’s organic and natural.”

The research now will focus on isolating the compound or group of compounds in the leaves that inhibit the disease, he said.