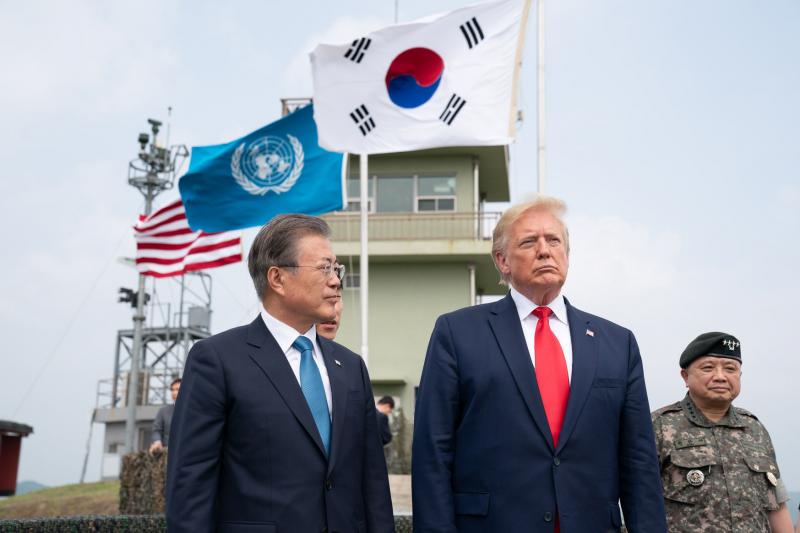 Trump delivered the message in his personal letter to Moon extending his condolences over the death of his mother last week, according to Cheong Wa Dae spokesperson Ko Min-jung.

It was conveyed by the U.S. National Security Adviser, Robert O’Brien, during his meeting with Moon in Bangkok a day earlier.

Trump was quoted as saying he hopes to keep moving toward the shared aim of making Korea free of nuclear weapons and achieving peace.

He pointed out that South Korea and the United States are continuing efforts for the day when separated families living on the other side of the Demilitarized Zone are reunited, Ko told reporters.

Trump wrote in the letter that he has not forgotten the story about Moon’s parents that Moon told him in their first bilateral summit.

Moon’s mother and father, who have both passed away, were refugees who fled the 1950 Chosin Reservoir battle to South Korea aboard the U.S. ship the SS Meredith Victory. Moon’s mother is known to have eagerly wished to visit her hometown.

Trump said he and his wife Melania were saddened to hear the news of Moon’s mother.