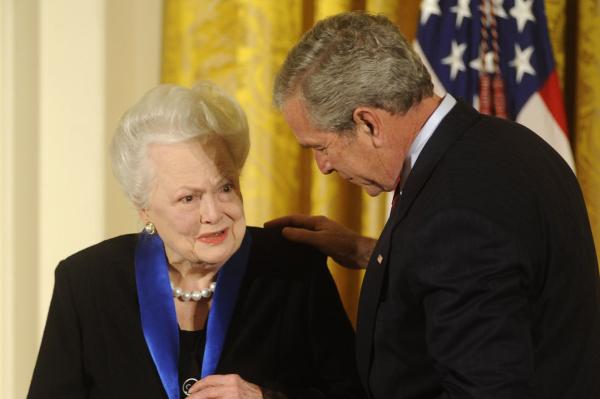 The Gone With the Wind actress, who turned 101 on Saturday, filed the lawsuit in California Superior Court on Friday.

She said Feud‘s showrunners used her name and image without permission or compensation.

“Putting false statements into a living person’s mouth and damaging their reputation is not protected by the First Amendment because the work is cloaked as fiction,” the suit reads.

The lawsuit seeks unspecified compensatory and punitive damages for emotional distress and damage to her reputation. It also seeks to prevent the network from using her name and image in any series in the future.

The second season of Feud, called Charles and Diana, will focus on the marriage and conflict between Prince Charles and Princess Diana. The season is expected to premiere in 2018.